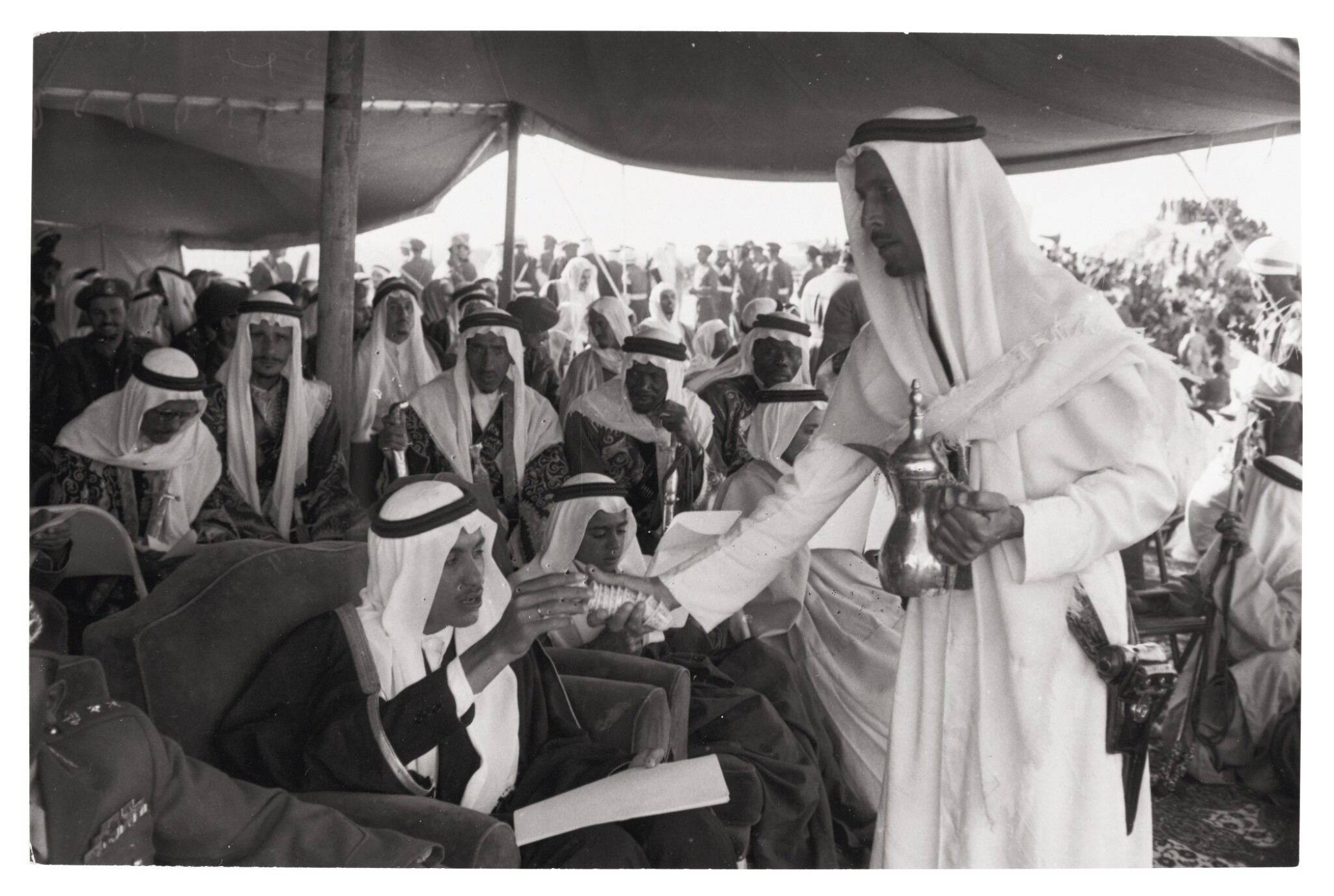 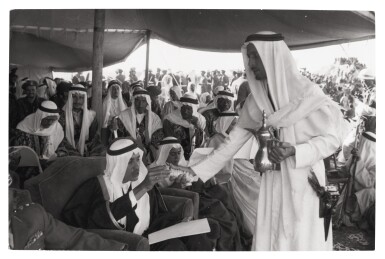 The images include an original negative of Crown Prince Saud (later King Saud) with his younger brother, Emir Mohamed in London in 1937 at the Dorchester hotel for the coronation of George VI; six other photographs of King Saud; five photographs of King Faisal, and one of Prince Khalid bin Faisal Al Saud.