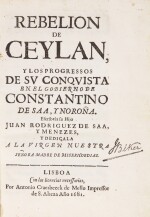 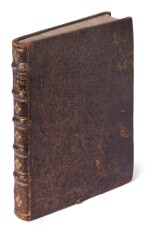 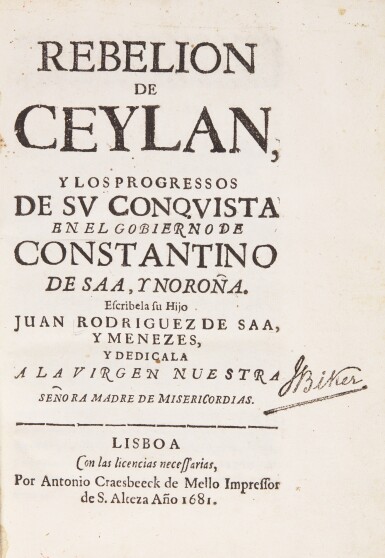 A VERY RARE WORK. An important first-hand account of the battles of the Portuguese, against the Dutch and the natives in Ceylon during the first half of the seventeenth century. The Dutch, under admiral Spilberg, had landed on the east coast of the island in 1602 (some 100 years after the first arrival of the Portuguese) and induced the natives to help them in expelling the Portuguese. This was finally achieved in 1658. The present work deals with events occurring in 1623-1630 when the author's father, Constantino de Saa e Noronha, was governor.