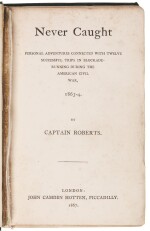 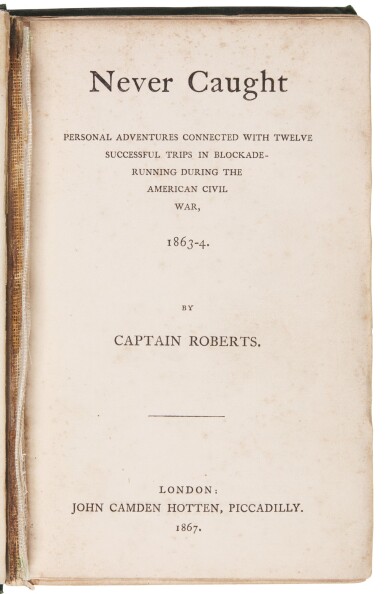 RARE. The "author was later known to fame under his Turkish title, Hobart Pasha" (Howes). He was the third son of the 6th Earl of Buckinghamshire, and entered the Royal Navy in 1835, retiring in 1862 with the rank of post-captain, however his pursuit of adventure led him to take command of a blockade runner during the American Civil War. In 1867 he entered Ottoman service and helped suppress the insurrection in Crete and was rewarded by the Sultan with the title of Pasha (1869).