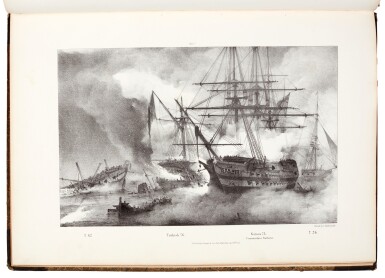 Reinagle | Illustrations of the Battle of Navarin. 1828

Reinagle | Illustrations of the Battle of Navarin. 1828

[Illustrations of the Battle of Navarin. London: Colnaghi and Son, 1828]

The destruction of the allied Turkish-Egyptian fleet at the Battle of Navarino effectively ended Ottoman resistance to Greek independence. The battle was fought in Navarino Bay, on the west coast of the Peloponnese, on 20 October 1827.