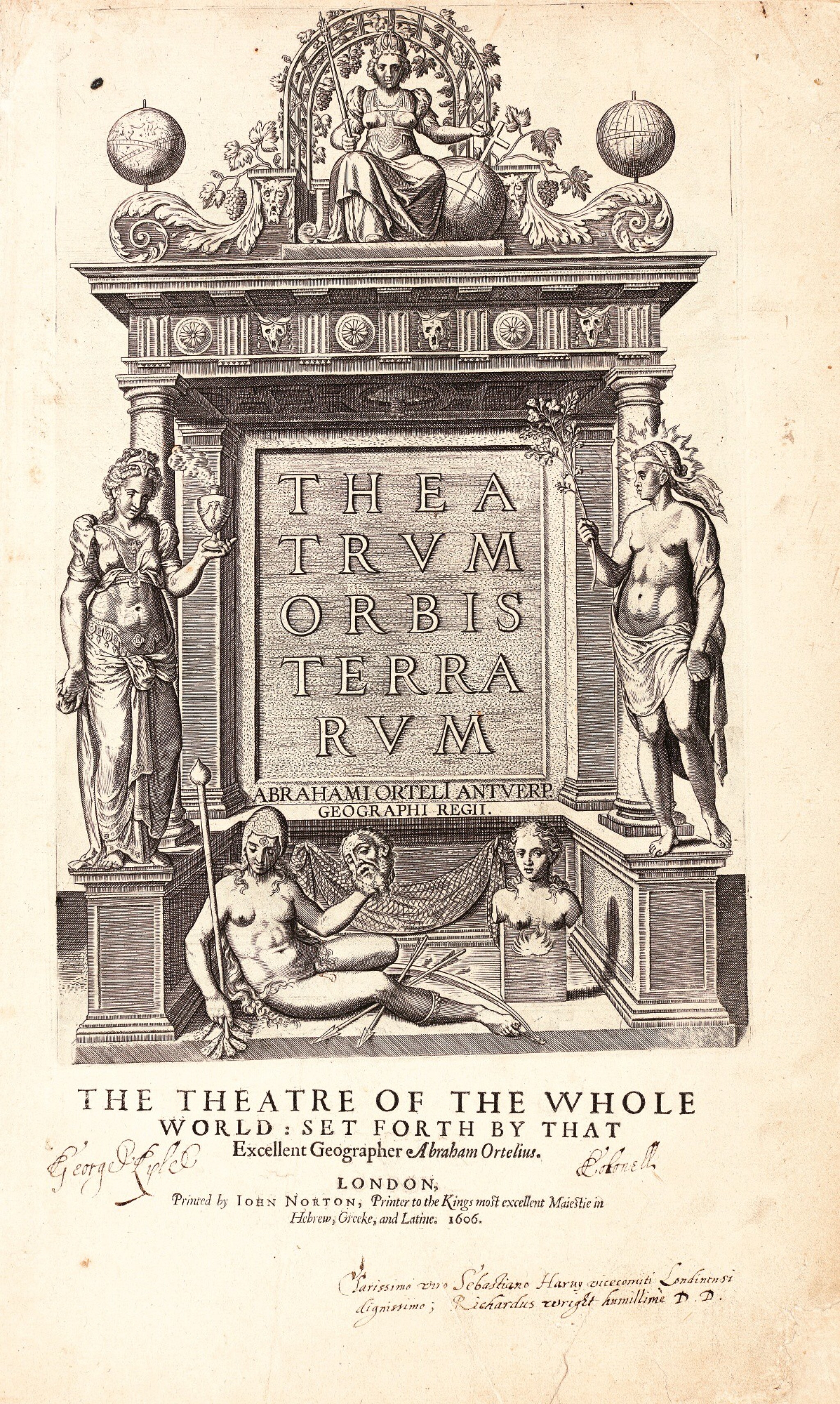 A FINE, DARK IMPRESSION OF THIS EXTREMELY RARE ATLAS.

“This folio edition of 1606 was the first 'proper' world atlas to be printed and published in England with English text. It is an interesting atlas from a number of points of view: it had more maps than any other edition of Ortelius, whether before or after, and the book was the largest ever printed and published in England up to that date. No surviving copies are known to exist on the European continent [i.e. excluding copies in the British Isles]” (Wardington Catalogue). The sheets of the entire edition had the plates struck off on one side in Antwerp, most likely by the Plantin Press. The sheets were then sent to London, where the text on the reverse, and the additional pages bearing text only, were printed by Bradwood at the Eliot’s Court Press.