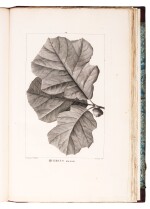 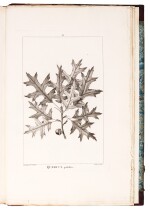 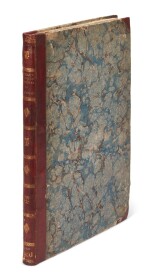 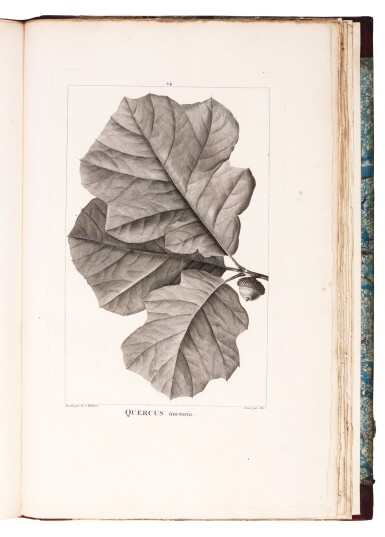 A very good copy of Michaux's groundbreaking monograph on American oaks. The French botanist and adventurer André Michaux (1746–1802) traveled from Hudson's Bay to Florida and as far west as the Mississippi River, including an arduous journey into the mountains of western North Carolina. He sent thousands of plants to France, having been directed by his government to collect samples of timber trees and plants that could be used for food or medicine. The work—present here in MacPhail's issue b, with the longer and more thorough text—describes twenty species and sixteen varieties of oaks, with their leaves and acorns brilliantly illustrated by Pierre Joseph and Henri Joseph Redouté. The descriptions present information about size, location, and practical uses of the various species of oak trees for houses, ships, ink, barrels, wheels, various carpentry work, and even firewood.

Michaux, with his son François-André, established nurseries in Hackensack, New Jersey, and Charleston, South Carolina. In addition to introducing many American plants into French horticulture, he introduced or further disseminated a number of plants to the United States, including the azalea, camellia, silk tree, ginko tree, chinaberry tree, and tea olive.