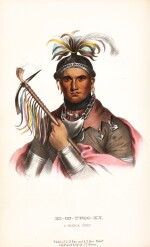 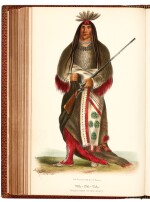 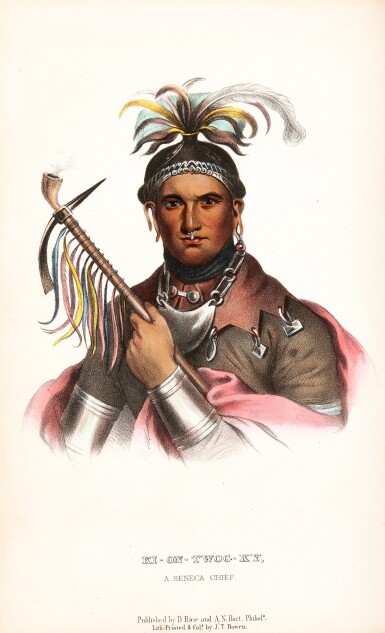 McKenney and Hall | History of the Indian tribes of North America, 1855, 3 volumes

McKenney and Hall | History of the Indian tribes of North America, 1855, 3 volumes

Third edition, second octavo. The first octavo edition appeared in 1848-50, following the folio edition of 1836-1844. The plates, "the most colorful portraits of Indians ever executed" (Howes), are from King's portraits in the Indian Gallery, Department of War, Washington, which were all destroyed in the 1865 Smithsonian fire.