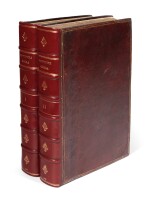 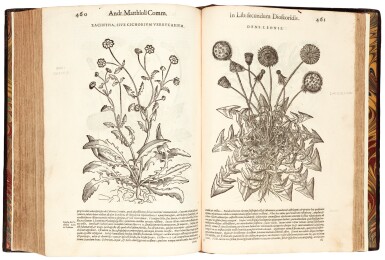 Mattioli’s commentary on Dioscorides was first published in Italian in 1544 (unillustrated) and in Latin in 1554. The Latin edition was much expanded, with new information on herbs and plants and synonyms in other languages supplied by Mattioli. The large woodcuts of animals and plants, by Giorgio Liberale and Wolfgang Meyerpeck, first appeared in the New Kreüterbuch of 1563 and the Commentarii of 1565 respectively. This is the seventh Latin edition printed by Valgrisi.