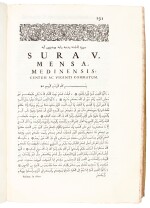 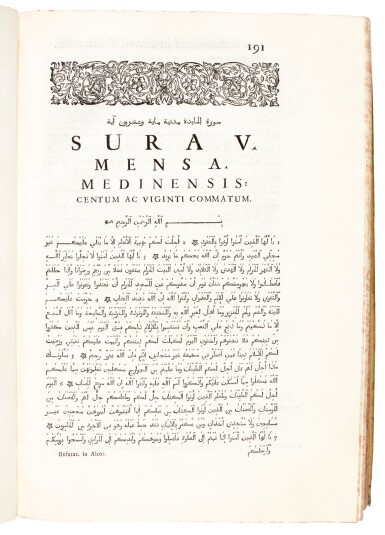 A scholarly edition of the Qur'an in Arabic, with Latin translation and refutation by the Arabic scholar Ludovico Marracci, which became the standard text until modern times. Marracci was renowned for the wide range of Arabic sources used for this work; his working library, containing fifteen substantial manuscripts relating to his Qur'an edition, was discovered in Rome in 2012.

The seminary in Padua was renowned for its teaching of oriental languages; the press was established there in 1684 by Cardinal Gregorio Barbarigo, who met Marracci in Rome in 1689 and subsequently arranged for the printing of Marracci's Qur'an (Marracci remained in Rome) and organised all the ecclesiastical permissions required for it to be published.