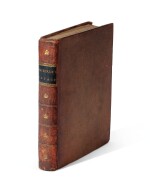 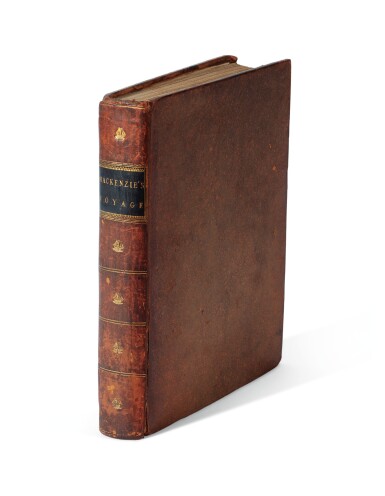 Voyages from Montreal, on the river St. Laurence, through the continent of North America, to the frozen and Pacific oceans. London: T. Cadell and others, 1801

"A fascinating account of the descent of the river now named after this intrepid explorer, who was the first white man to navigate its length from its source in the Great Slave Lake to its mouth in the Arctic Ocean, and the first European to see the Arctic Ocean from Canada. He completed his journey of 2,990 miles in 120 days... [Later] leaving from Fort Chipewyan, he reached the Pacific Ocean by way of Bella Coola River, and thus accomplished the first crossing of the American continent to the north of Mexico. The vast region of the Rocky Mountains and the coastal zone was thus opened up at last, and Mackenzie rose to the top rank of explorers on the American continent... Mackenzie's investigations, although pursued at so early a period of Arctic exploration, were remarkable for their accuracy; Sir John Franklin more than once expressed his surprise at being able to corroborate their correctness in his own explorations several decades later. This is the first and finest edition of one of the most important of Canadian books" (Hill).