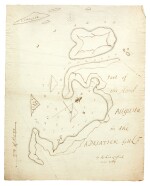 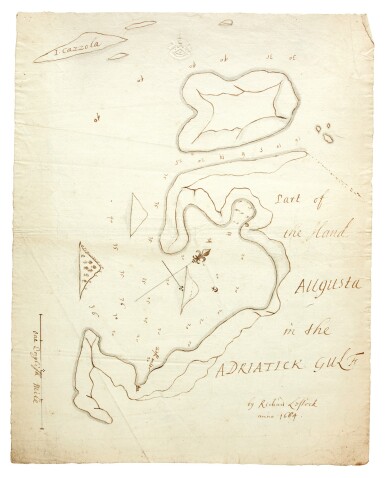 Lestock | Part of the iland Augusta in the Adriatick Gulf, 1684

Lestock | Part of the iland Augusta in the Adriatick Gulf, 1684

The chart appears to show the southernmost harbour of the island of Augusta or Lagosta (modern Lastovo, off the coast of Croatia), one of the islands between Split and Dubrovnik. It may be reasonably attributed to Richard Lestock (d.1713), a captain of merchant ships, who volunteered for the Royal Navy with the outbreak of the War of the Grand Alliance (1688-1697).

Earls of Macclesfield, blind-stamped arms at head of sheet