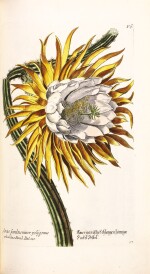 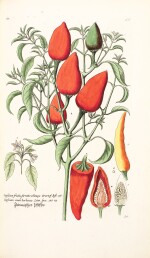 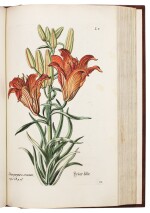 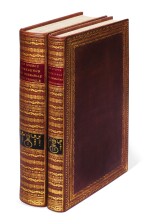 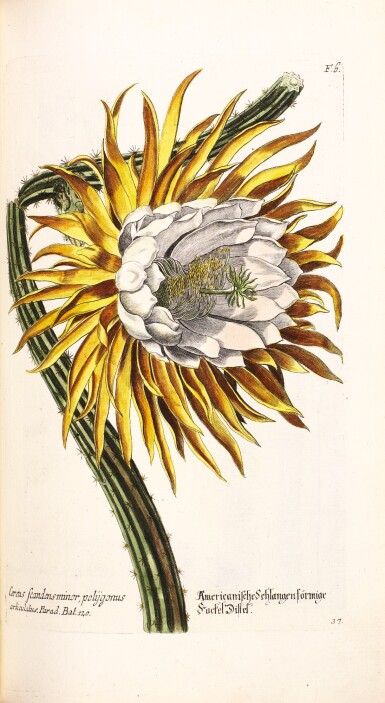 THE RAREST EDITION OF KNORR’S BOTANICAL MASTERPIECE. This work is described by Nissen as the loveliest of the German flower books. The plates were mostly drawn and engraved by Knorr, clearly influenced by works such as Trew’s Plantae selectae and Weinmann’s Phytanthoza iconographia. Knorr died in 1761 before the first edition was published. The text was prepared by Philipp Friedrich Gmelin and Georg Rudolf Bohmer. The text is in Latin and German, with the Latin titles employing a mixture of Linnaean and pre-Linnaean descriptive nomenclature. The plants are described with name, synonyms, natural history, and occasionally with notes about the usefulness to medicine. The collation of the work has been disputed. The present copy has 300 plates, including plate 128 in volume one which shows two specimens of roses numbered R8 and R9. This plate with two illustrations led to the assumption that 301 plates was the correct number. This is the third edition, which appears to be the rarest. Very few copies of the Thesaurus rei herbariae have sold in the past twenty-five years. Additionally, only one copy from the third edition has been sold (an incomplete copy with only the second volume present).