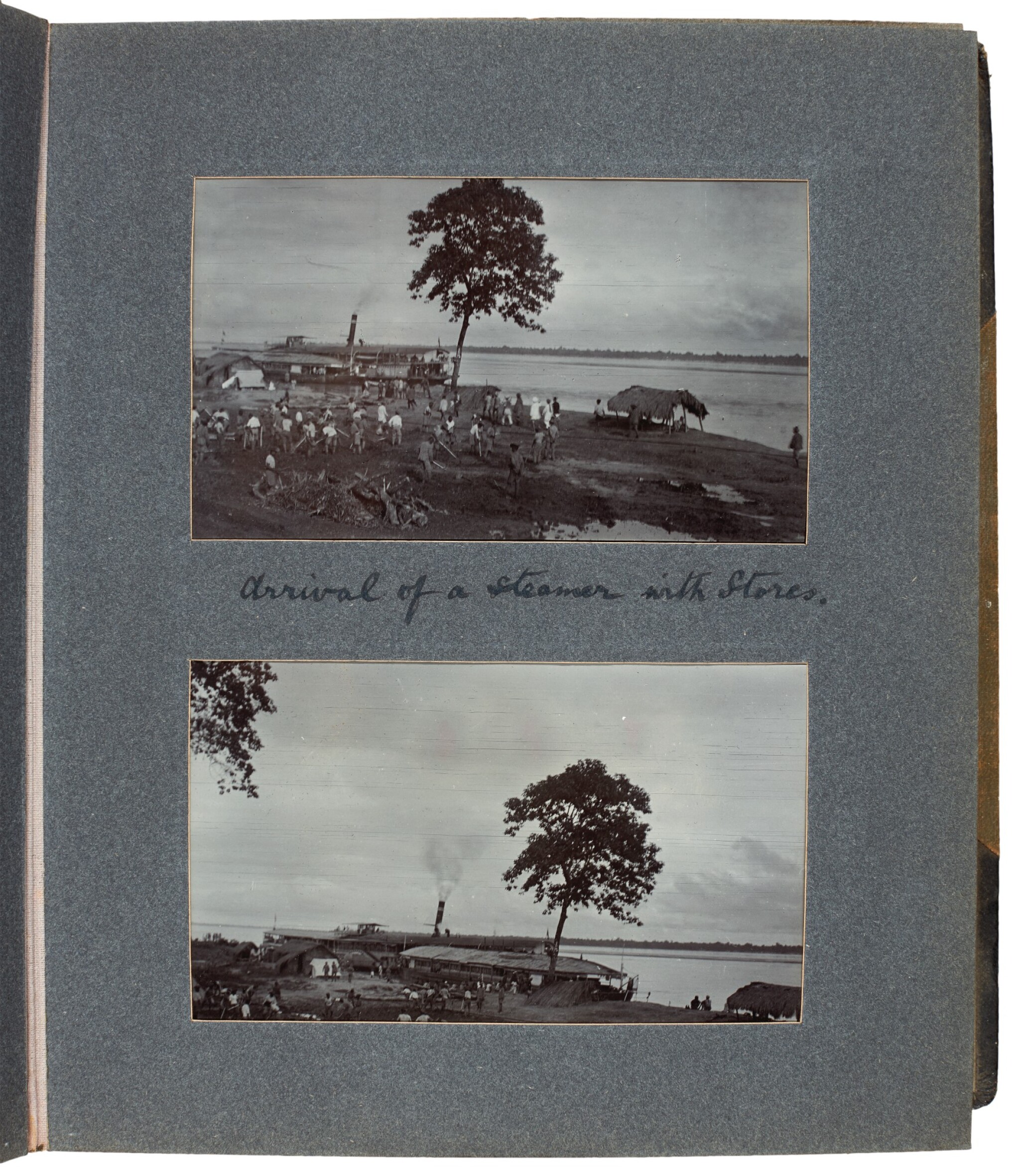 A group of four albums of photographs of the Arbor Expedition to the North East Frontier of India, 1911-1912

4 volumes, comprising 3 volumes, 4to (244 x 205mm.) and one oblong folio (267 x 350mm.), approximately 360 photographs, mounted on card, recto and verso, many photographs captioned on the mounts in ink by Major Vaughan, contemporary black half roan, cloth boards, some wear, stains and fading to photographs, some loose, bindings worn

The Abor Expedition (1911-1912) was carried out to punish the perpetrators of a massacre of a British colonial official, a doctor and their coolies on the Assam border. During the period of British rule, many Gurkha regiments saw action against rebellious tribes on the North East Frontier of India as well as on the better-known North West Frontier. These 4 albums of photographers were compiled, and the photographs mostly taken by Major E. G. Vaughan, Assistant Director, Supply and Transport. Vaughan was an experienced officer who served in the Chin-Lushai expedition of 1889-90, Burma, British East Africa and the North West Frontier.

Major Edward Gyles Vaughan, signature and captions in each volume.