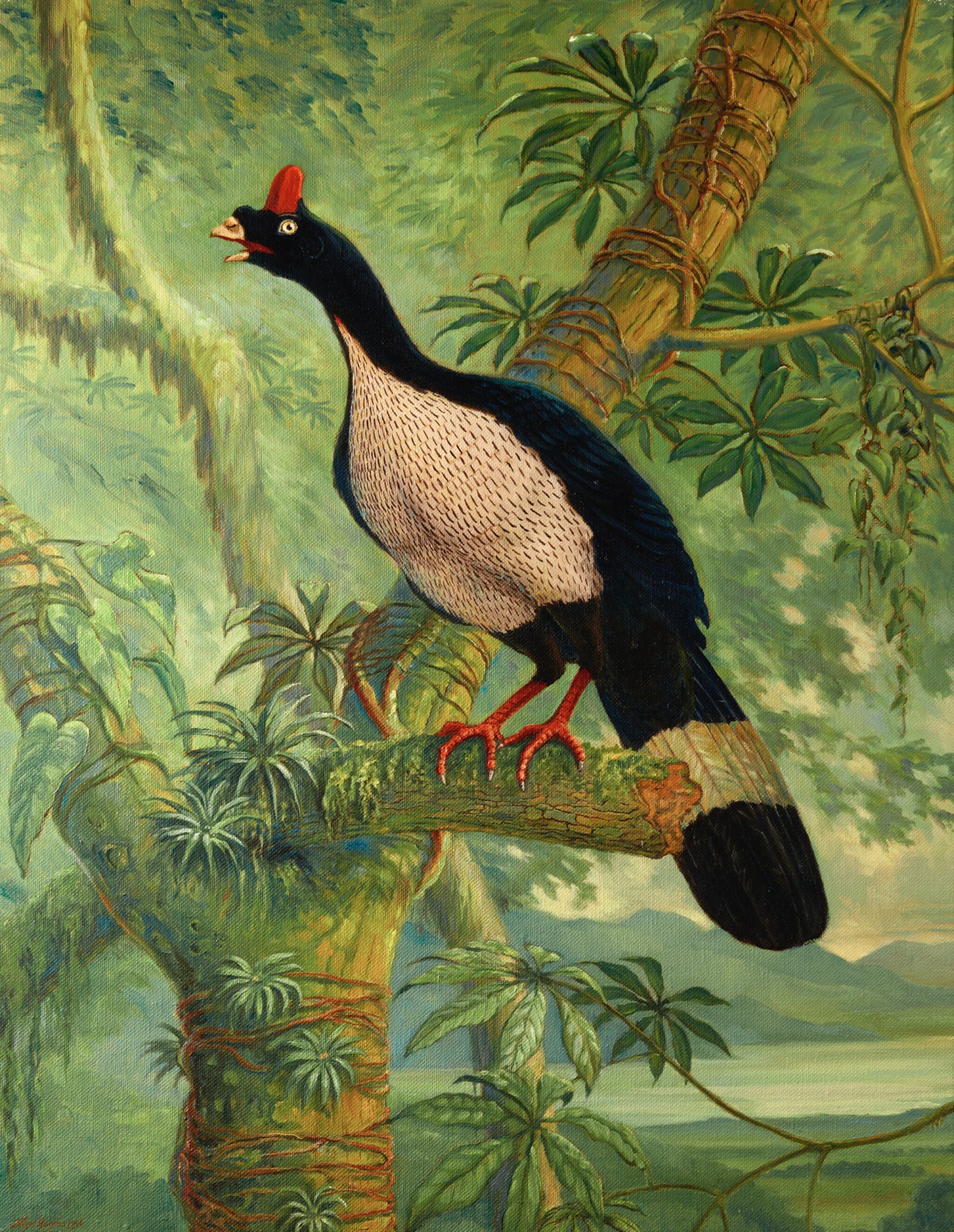 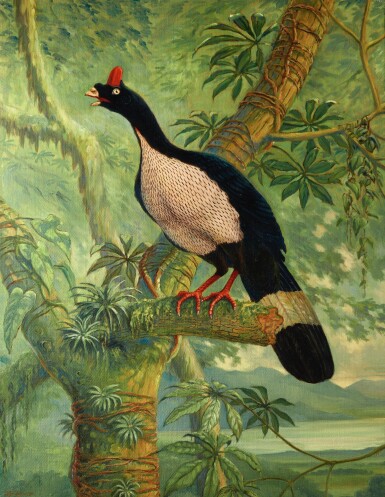 The Cracidae are the most endangered bird family in the Americas. Both Lord Derby’s Mountain Pheasant (also known as the Horned Guan) and the Black-fronted Piping- guan are categorised as endangered on the IUCN Red List.

Nigel Hughes FLS, FRGS has long been interested in the family Cracidae, New World equivalent of the pheasant, comprising curassows, guans, and chachalacas. Over eighteen field trips, Mr Hughes studied and painted them together with their natural habitat, which is how the birds are depicted, life-size, in these characterful paintings. The works on offer here were exhibited at the Museum of Natural History of Oxford University, in 2003. Mr Hughes has also exhibited at Missouri Botanic Garden, Houston Museum of Natural Science in Texas, and the Fine Art Society in London.