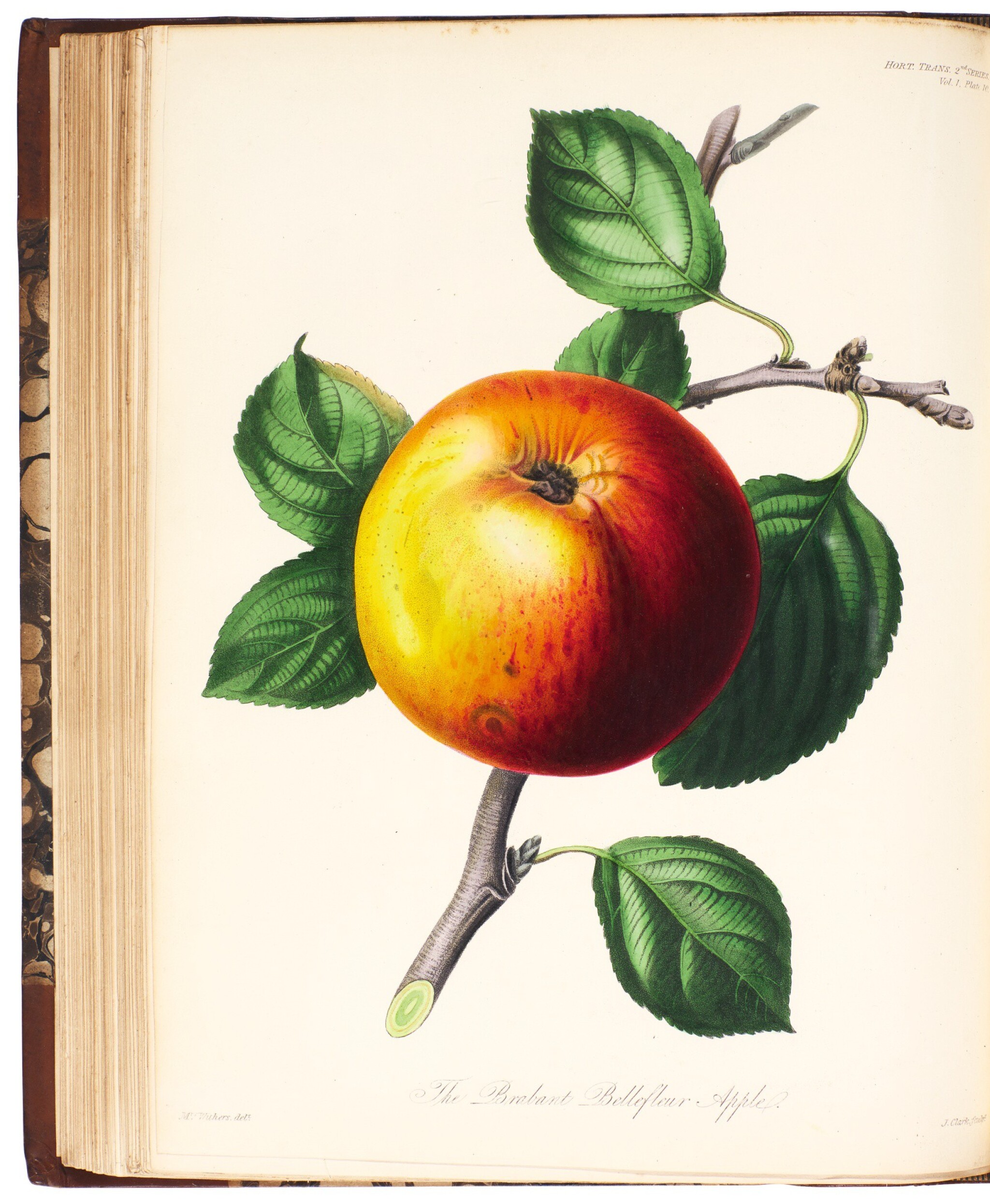 A BRIGHT AND IMPORTANT JOURNAL OF POMOLOGY AND BOTANY. This is a complete set showing the immense skill of some of the greatest botanical artists working in Britain in the first half of the nineteenth century. The illustrations are finely executed with luminous colours, mostly by William Hooker. Hooker served as botanical artist to the Horticultural Society from 1812 until he retired in 1820. The Transactions includes a good selection of plates taken from his fruit paintings, which, in the view of Wilfred Blunt, "reveal him as one of the greatest pomological artists of all time." This is a mixed set with volumes 1 and 2 being third editions, volume 3 is a second edition and the remaining seven volumes are all first editions.