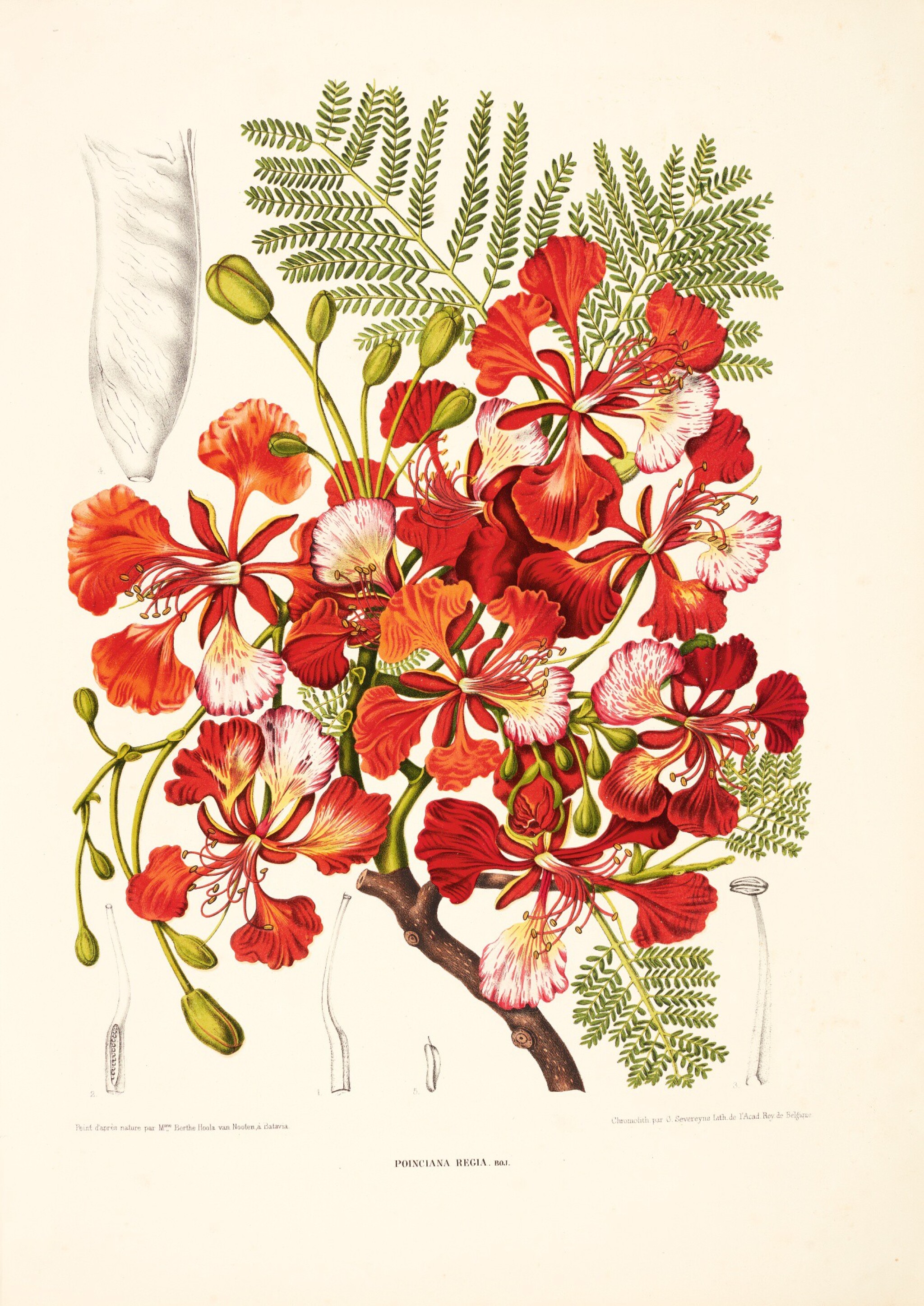 The attractive plates are fine and early examples of chromolithography by Severeyns, one of its most accomplished exponents. The author had followed her husband from Belgium to Indonesia, and found herself virtually stranded in Java after his unexpected death. With a young family to support, Van Nooten exploited the vogue for exotic flora and used her talent for flower painting to produce these magnificent illustrations. Stafleu and Cowan is uncertain about the dating of the second edition ("?1880") and Nissen dates it to 1880.

"Van Nooten was clearly a more than competent artist, for the splendid tropical plants, with their lush foliage, vividly coloured flowers and exotic fruit, have been depicted with great skill. She managed to accentuate the splendour of each species by adopting a style that combined great precision and clarity with a touch of neo-Baroque exuberance, revelling in the rich forms and colours of the tropics" (An Oak Spring Flora).