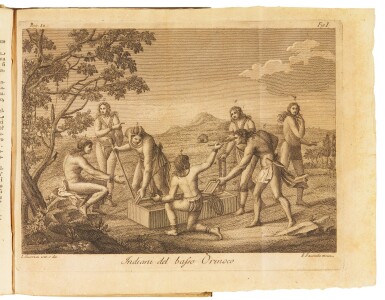 Gilij (1721-1789), a Jesuit priest in the mission to Caracas, is considered a important figure in the history of South American language and linguistics. Forced to leave South America in 1767 he returned to Italy and composed this impressive treatise based on his researches and observations of more than 20 years' residence there. This detailed treatise was one of the sources used by Alexander von Humbolt to prepare for his South American expedition of 1799-1804.