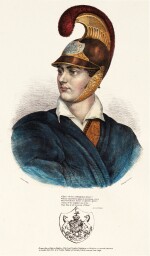 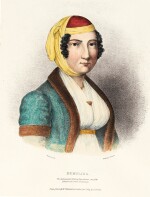 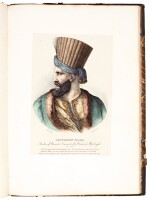 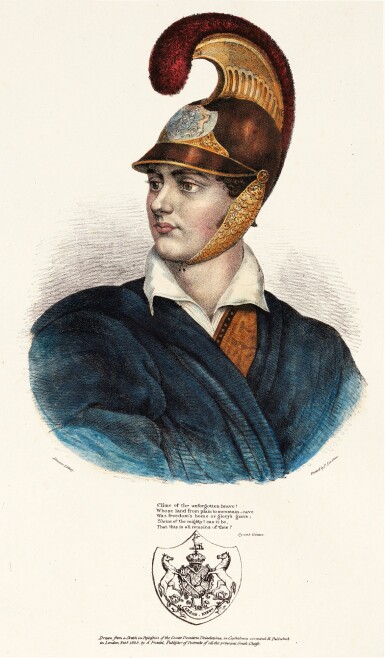 [The Greeks. twenty-four portraits... of the principal leaders and personages who have made themselves most conspicuous in the Greek Revolution]. London: Adam de Friedel, c.1824-1826]

Friedel was a Danish philhellene who travelled in Greece from about 1821 to 1824 and was at Missolonghi for a while with Byron (whose portrait appears in this publication), carrying, it is said, a lithographic press on his back. This work appeared in a number of editions, the first being published in parts between 1824 and 1826 with the portraits drawn in a primitive manner. This is a collection of plates only, as it was issued without printed title. The plates themselves are dated between 1824-1826 (a few are undated). Some are marked "second edition".