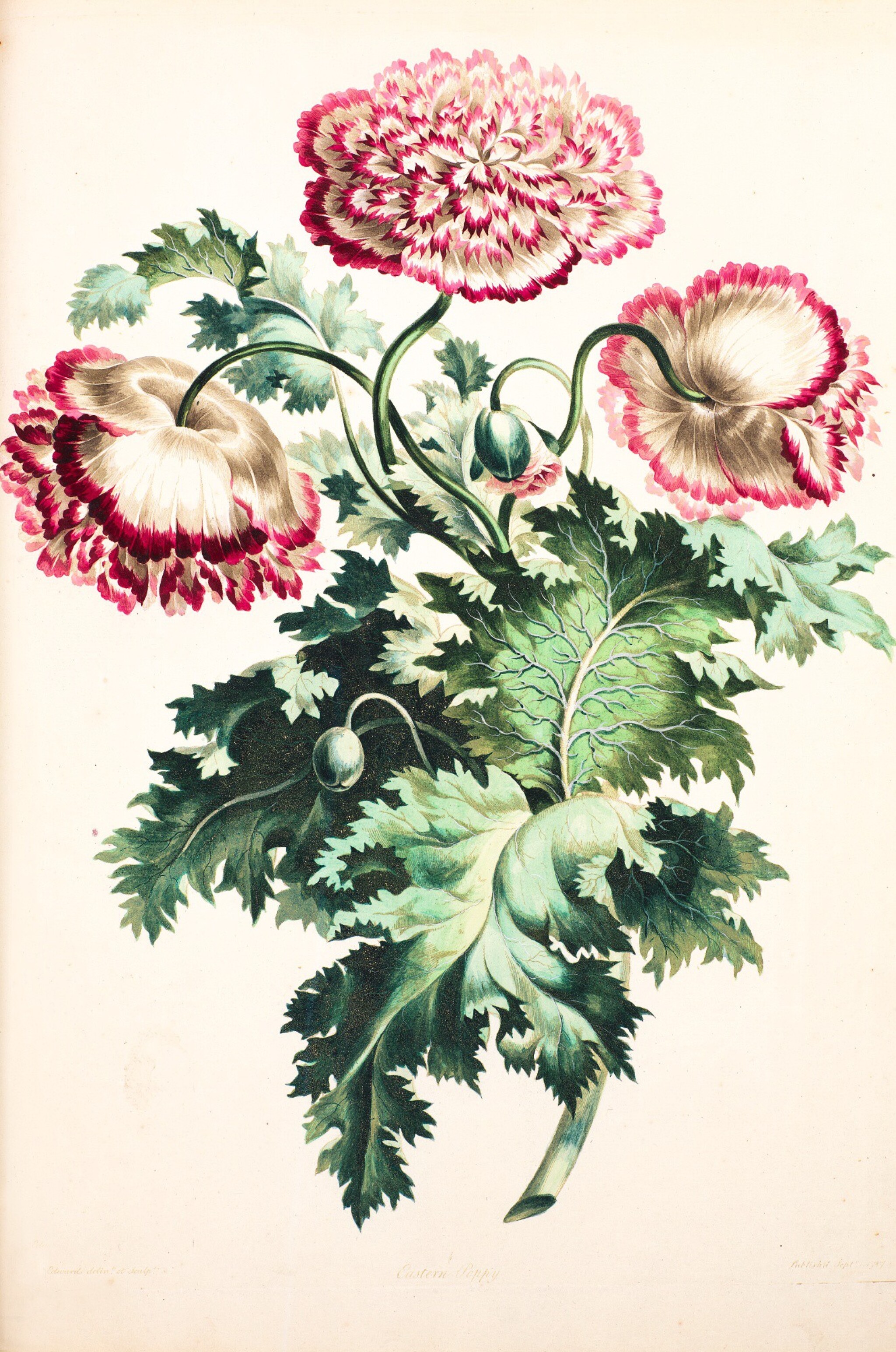 A Collection of Flowers drawn after Nature, & disposed in an Ornamental & Picturesque Manner. [London, 1783-1798]

A FINE COPY OF A BOTANICAL MASTERPIECE OF THE EIGHTEENTH CENTURY.

A "superb and very rare work by a great artist, whose craftsmanship is equal to the best of the 18th century" (Dunthorne). The exquisite plates show architectonic floral designs or botanical renditions. Edwards was one of the most notable British botanical artists of the eighteenth century. He lived in London until about 1778 when he moved to Surrey, exhibiting at the Society of Artists, of which he was a member, and at the Royal Academy. In addition to the fine arts, he also provided designs for textiles, particularly cotton calico. His interest was focused around the design possibilities of beautiful flowers and less in the accurate depiction. The present work is considered his masterpiece. He began to publish designs for the work in 1783, with plates being completed periodically through the 1780s and into the following decade. Unlike his previous work, all the plates are designed, etched, and coloured by Edwards himself, a process which gave him complete control over the publication.