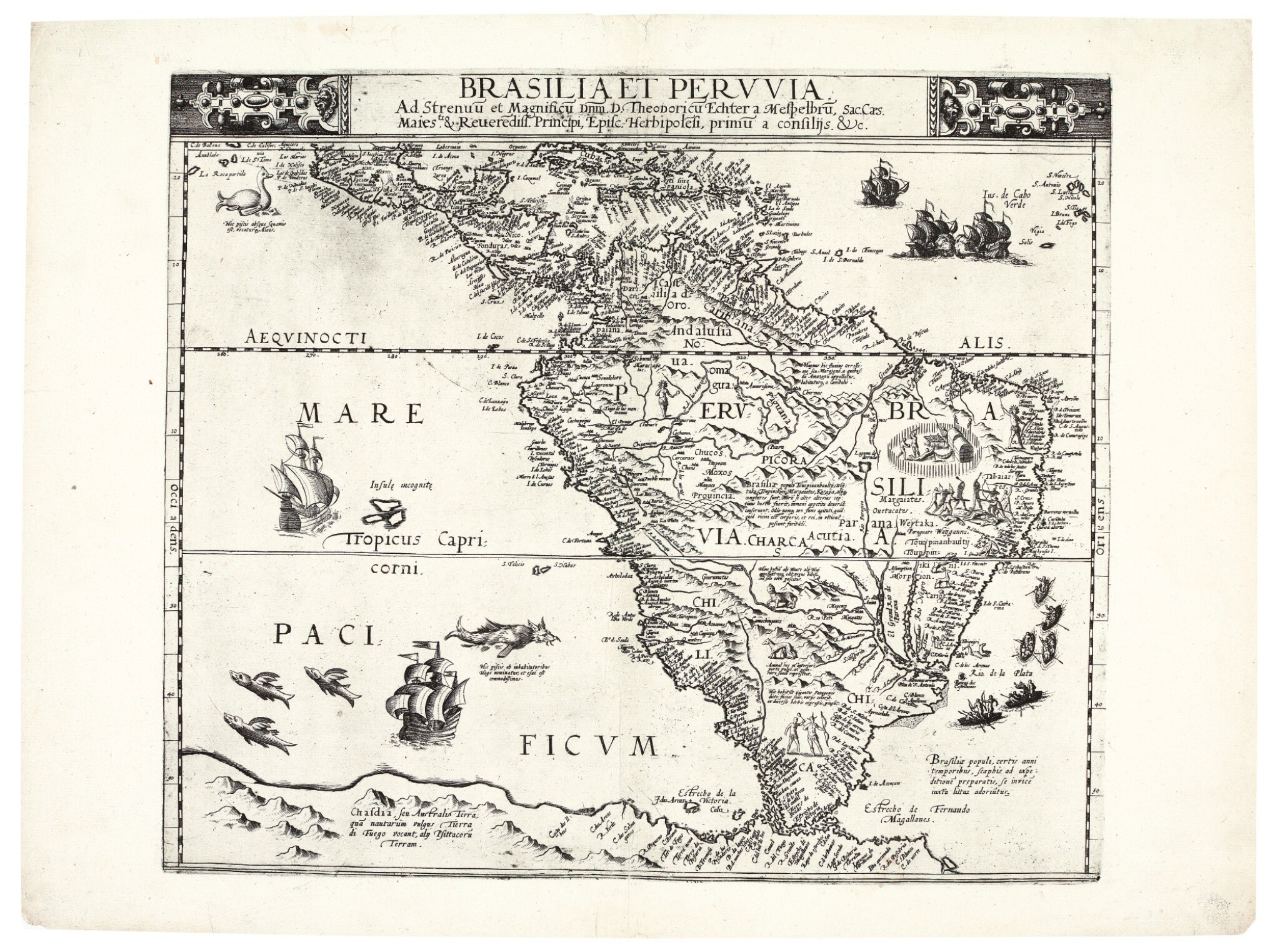 RARE. THE EARLIEST DUTCH MAP OF SOUTH AMERICA. This unusual map appeared in Cornelis de Jode's 1593 edition of the Speculum orbis terrae, an atlas initiated by his father, Gerard, in 1578. There is no mention of author, publisher or engraver. Gerard De Jode was a contemporary - and rival - of Abraham Ortelius. The publication of his original Speculum was subjected to repeated delays in the granting of the royal privilege probably instigated by Ortelius himself, who may have used his important connections to ensure that his Theatrum was launched well before De Jode's atlas. In spite of its attractive maps, the Speculum did not sell well, and few copies are recorded. The second edition of the Speculum, revised and enlarged, was started by Gerard de Jode before his death in 1591, and completed by Cornelis, who prepared ten new maps. "Despite the difficulties surrounding the publication of the Speculum it must have had a good reputation, and Petrus Montanus mentions it in the same breath with Mercator's Atlas and Ortelius' Theatrum in his preface to Pieter Kaerius' Germaniae inferior" (Wardington Catalogue).