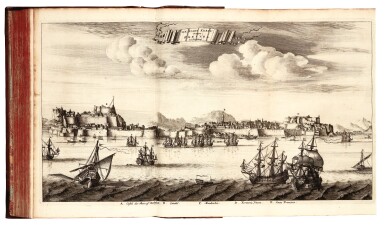 Although Dapper (1636-1689) is thought never to have left his native Holland, his publications became well known during his lifetime, and this work was later translated into French in 1703. The work is notable for its fine plates, some after Coronelli.