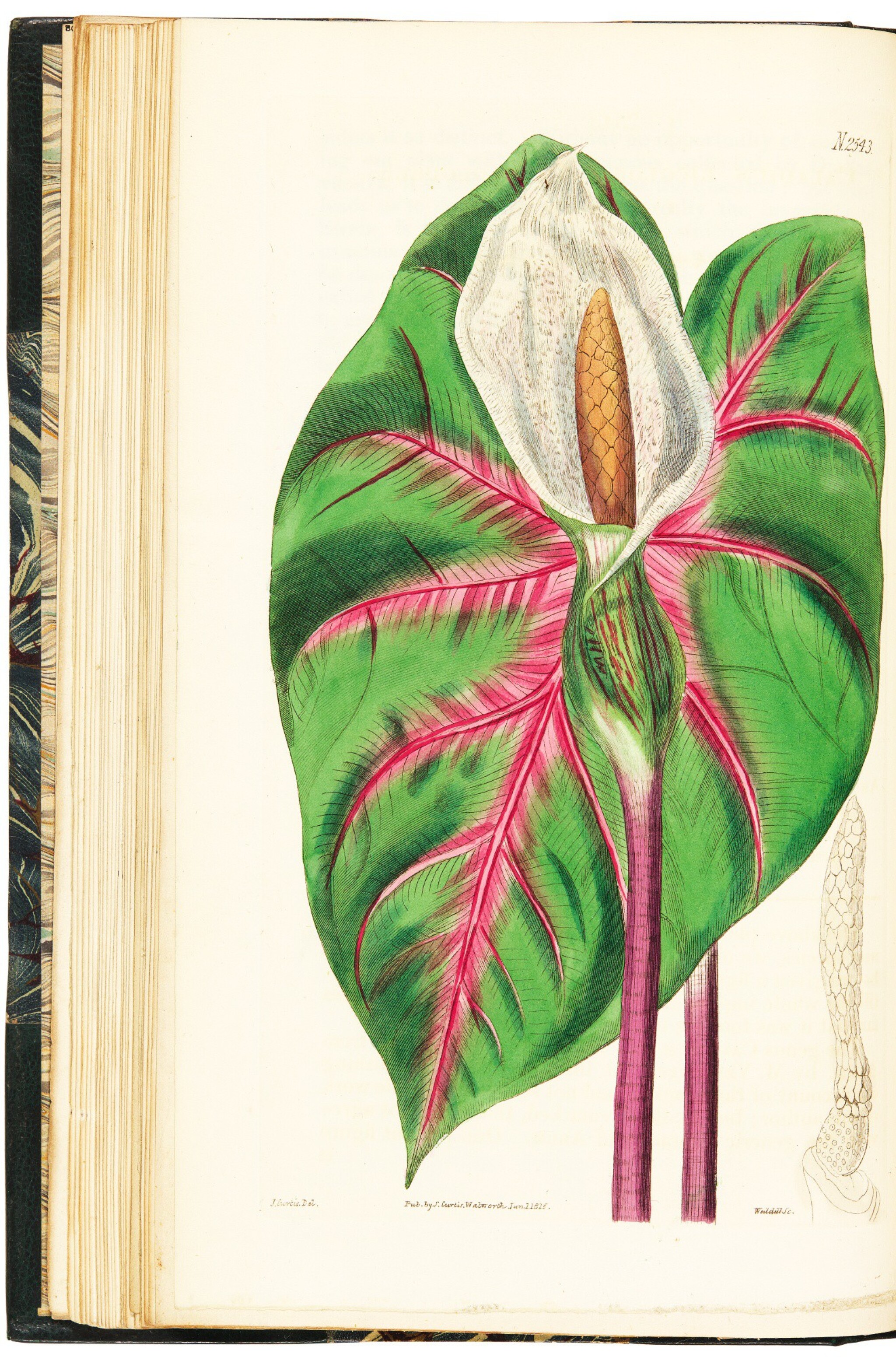 Volumes 33–74, bound in 42 volumes, 8vo (238 x 151mm.), letterpress titles and indices, including the general index to volumes 1–42 bound in volume 42, the general index to volumes 54–63 in volume 63, Companion to the Botanical Magazine in volumes 71 and 74, and general index to volumes 71–74 in volume 74, engraved portrait of William Curtis in volume 42, approximately 3008 engraved plates, many folding (numbered 1367–4416), green morocco by Stikeman, marbled boards and endpapers, spines gilt in six compartments, top edges, occasional spotting and toning, some minor offsetting (primarily from plates to text), engraved portrait in volume 42 lightly foxed, occasional minor wear to extremities of bindings, spines very lightly sunned, a few corners bumped, small circular loss to back board of volumes 44 & 58, sold as a periodical not subject to return

A LARGE RUN OF THE GREATEST HORTICULTURAL JOURNAL IN HISTORY.

The current run is mainly from the second series of the oldest current scientific periodical of its kind. William Curtis (1746-1799) began publication of The Botanical Magazine in February 1787. The work was immediately successful, and the early volumes were quickly reissued as is shown by their variously dated titles. On the death of William Curtis, the magazine was briefly conducted by his brother Thomas Curtis. Other editors included John Sims (1800-1826), William Jackson Hooker (1827-1865), and Joseph Dalton Hooker (1865-1904). These issues include the work of distinguished botanical artists such as Sydenham Edwards, James Sowerby, John Curtis, William Hooker, Walter Hood Fitch, Matilda Smith, Lilian Snelling, and Stella Ross-Craig, among others.