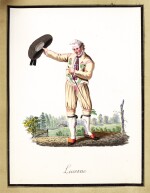 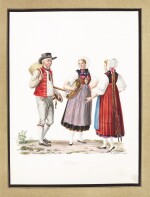 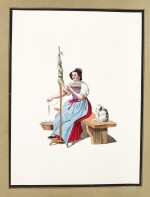 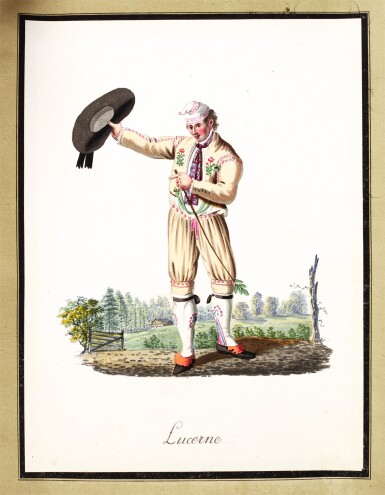 SWISS COSTUME--SCHMID, DAVID ALOIS AND OTHERS

A fine collection of Swiss costume watercolours. David Alois Schmid (1791-1861) studied painting and drawing in Lucerne and later in Johann Heinrich Bleuler's school of art in Feuerthalen, and became well known for his paintings of Swiss costume.