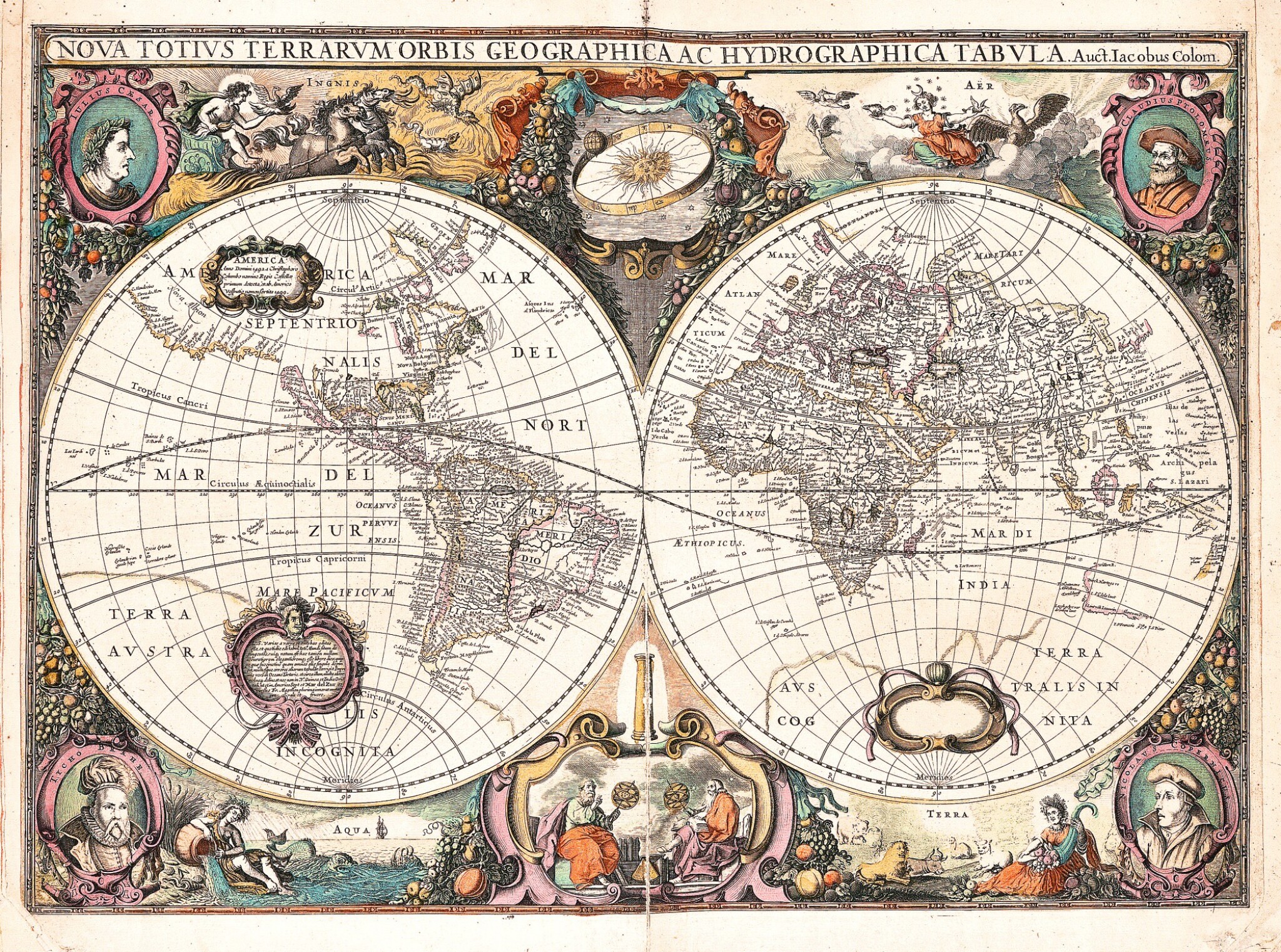 "Jacob Colom was printer, bookseller, and chartmaker in Amsterdam. His excellent enterprising spirit made him enter into competition with the, then one and only chartmaker in Amsterdam, Willem Janszoon Blaeu" (Koeman). Colom is best known for his successful publication De Vyerighr Colom, which was issued in folio format in 1632. The work continued in publication until 1662. It was not until 1663 that he issued a new sea atlas covering the whole world. The work was called the Atlas of Werelt-Water-Deel, and was thought to be a riposte to the sea atlases by Goos, Janssonius and Doncker. The last known issues are dated 1669, and appeared Dutch, French, Latin, Portuguese and Spanish. Following the death of Colom in 1673, the estate was auctioned off, and the engraved plates sold.

The atlas is notable for its charts North America, one of which is the extraordinarily rare map of New Amsterdam [Burden 375]. "It depicts the region at one of the most important stages of the English colonial history. In the same year the colony of South Carolina was granted, extending their control further south. In 1664 they would capture New Amsterdam from the Dutch and rename it New York, in the process completing the English control of the area from the Carolina to Massachusetts" (Burden).

VERY RARE. According to Koeman no complete French copy is known. The proof of the existence of a French text edition came from a single title leaf bound into a Dutch text edition of 1668.