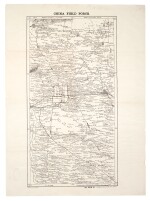 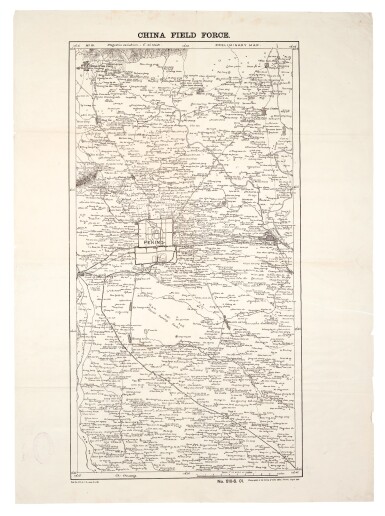 A rare map, printed during the Boxer Rebellion in India in an edition of just 150 copies. We have been unable to locate another example. This map may have been issued to the British division of the allied forces to aid them in their march on Beijing and relieve the siege in the Legation (diplomatic) Quarter. The map is centered on Beijing, with a large number of towns and villages named and located, together with major roads and railway lines.