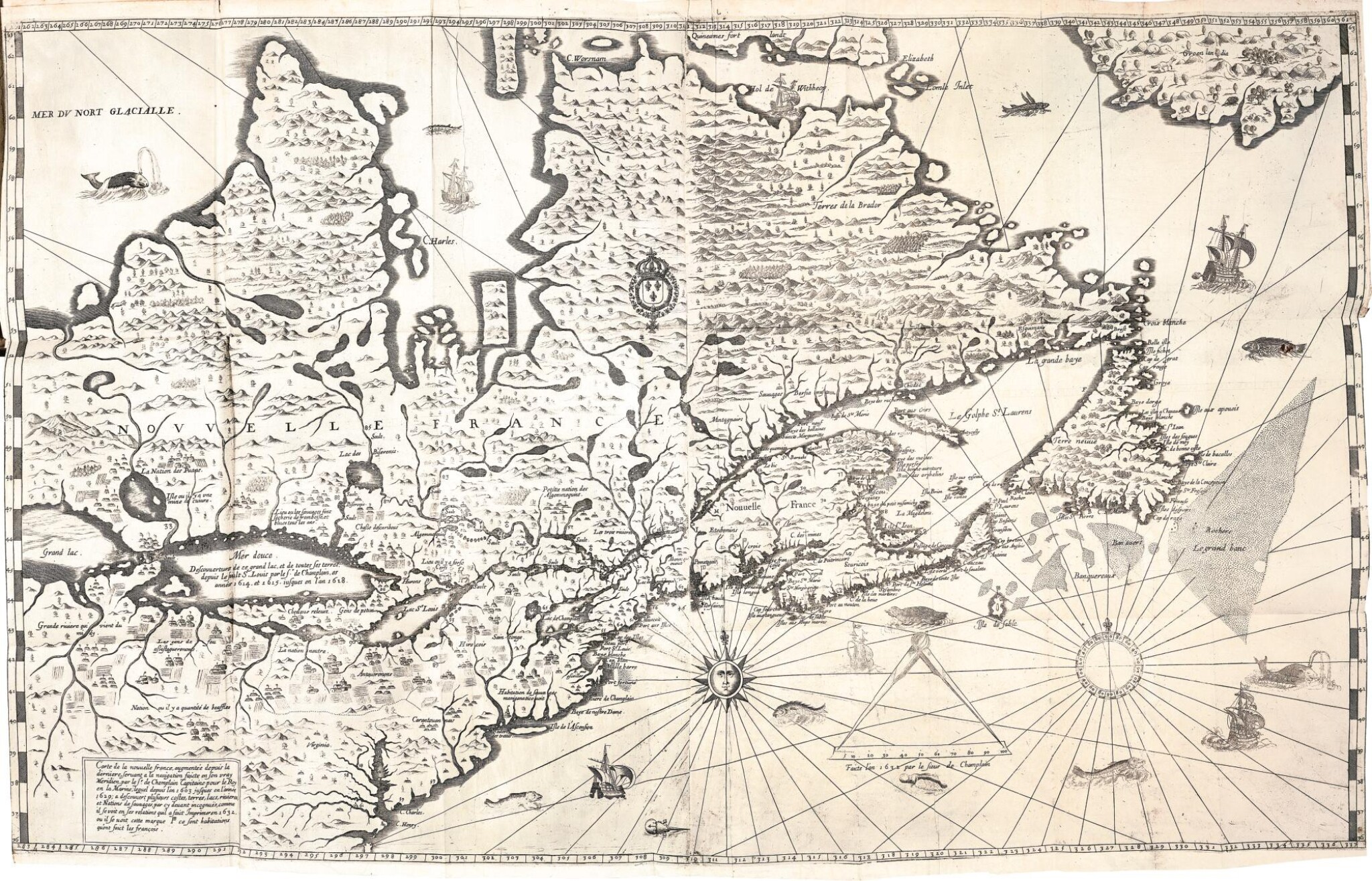 THE SCARCE 1640 ISSUE OF THIS CLASSIC WORK OF CANADIAN EXPLORATION. ABPC and Rare Book Hub record only one other copy at auction. The first collected edition of the work appeared in 1632; this third issue is made up from the same sheets the first issue except for a cancel title and leaves D2–3, reprinted in the second issue (also 1632), to remove a passage thought to be objectionable to Richelieu, the dedicatee.

The fine map is “the first to depict the existence of the entire Great Lakes network” (Burden) and is in far greater detail than the author’s previous effort, made around 1616, which shows a confusing and incomplete network of lakes, and is extant in only one copy (Burden 188).