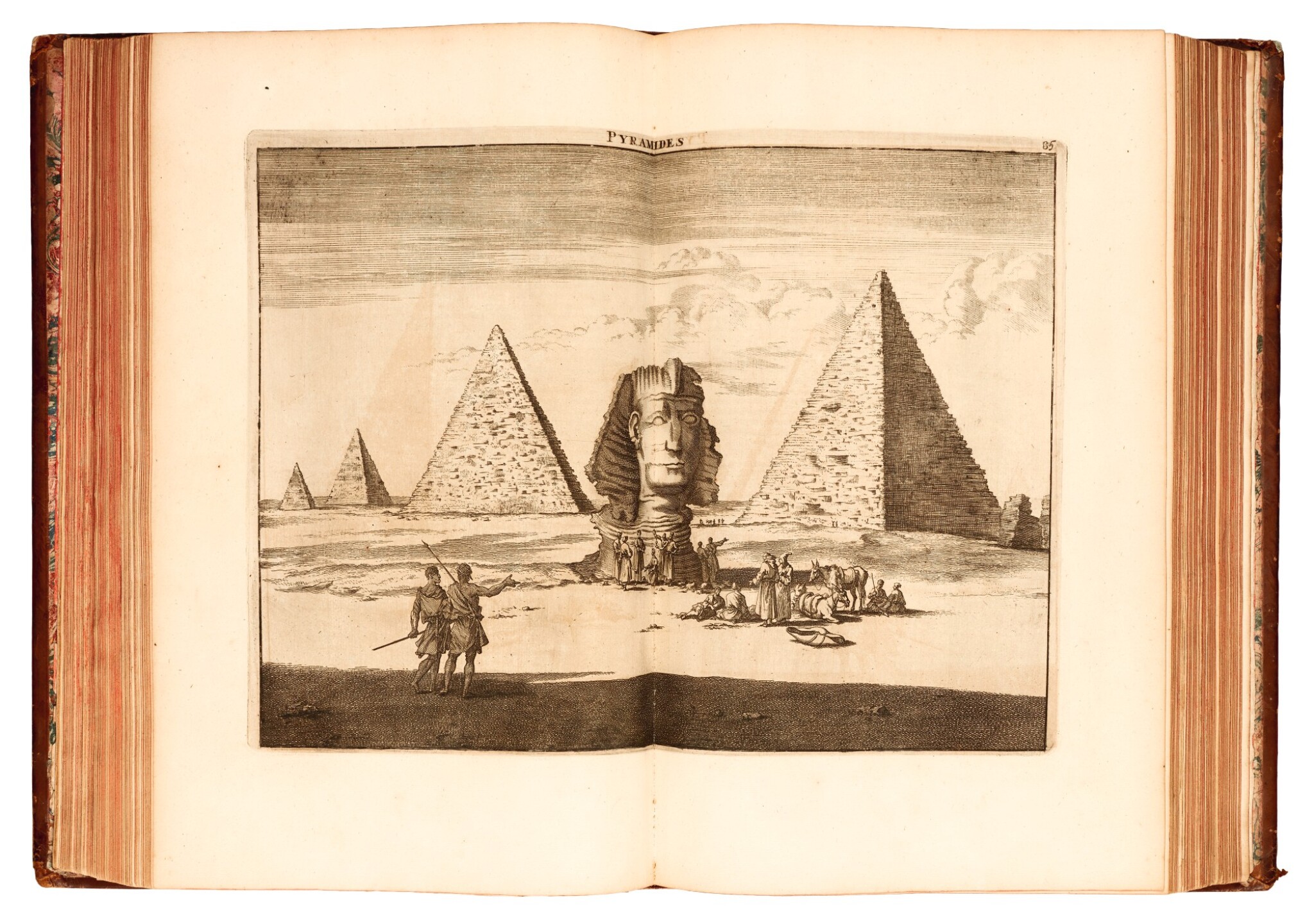 This edition of Bruyn's Voyage was translated from the Dutch of 1698. Bruyn was expatriated from Holland from 1674 until 1693, and spent from 1678 through 1685 travelling throughout the Mediterranean. Nearly all of the illustrations of his journey are based on his own designs. The plates and text engravings are notable for both their extraordinarily detailed topographical and city panoramas (some of which unfold to nearly two meters) and for their accurate costume and ethnographic figures.