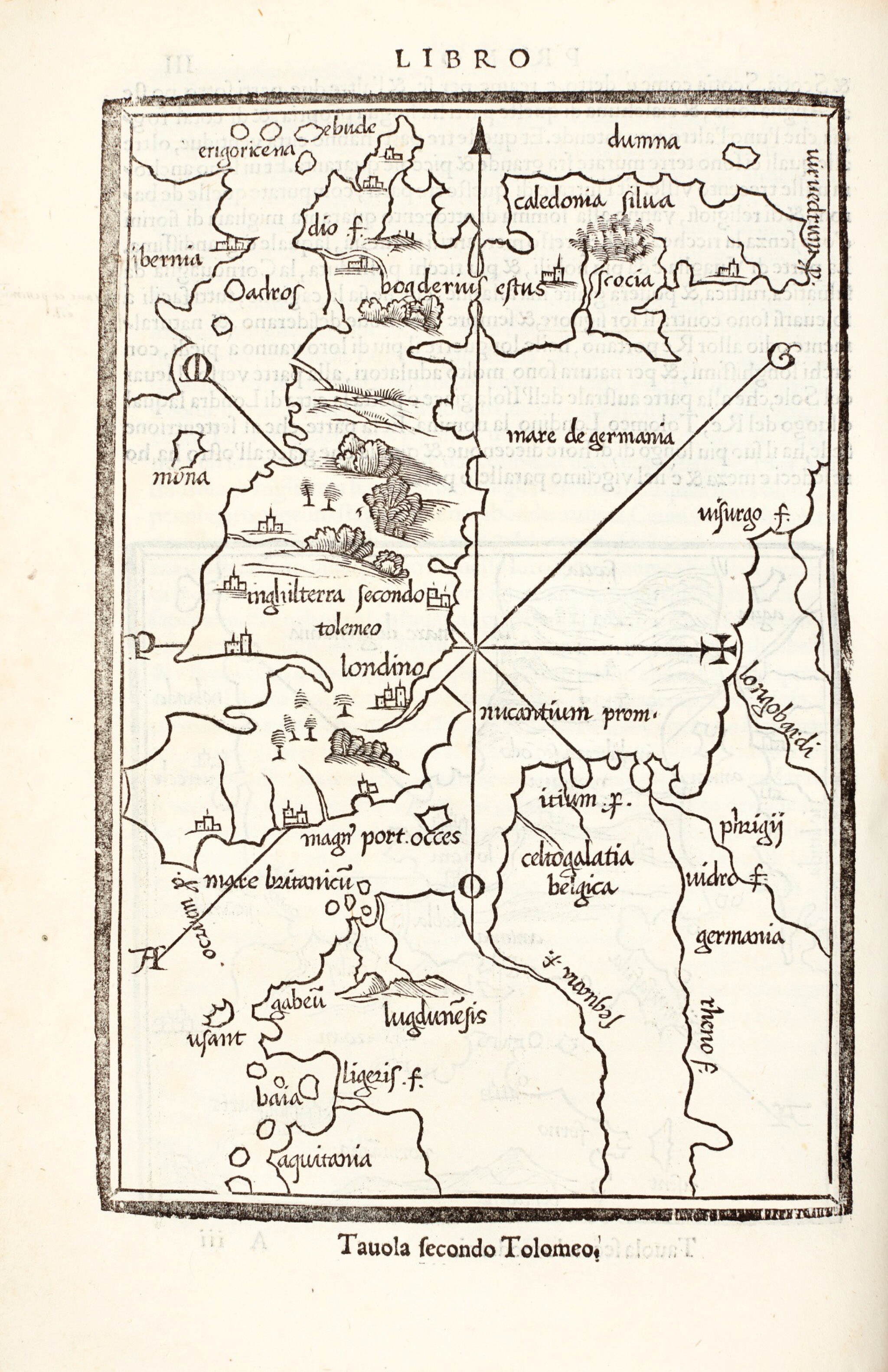 After Bartolomeo Dalli Sonetti's work, this is the second important printed "Isolario" or "Island Book". The work is in the tradition of the Mediterranean "Island Book", with coverage expanded to include the whole world as a series of islands. The Adriatic and Greek archipelago are covered in sixty-four maps, many very similar in outline to those of Bartolomeo Dalli Sonetti. The most significant map, cartographically speaking, is the double-page world map, held for many years to be the first such use of an oval projection. Although the majority of the maps are simple in form, Bordone's work was practical and popular and saw several editions.