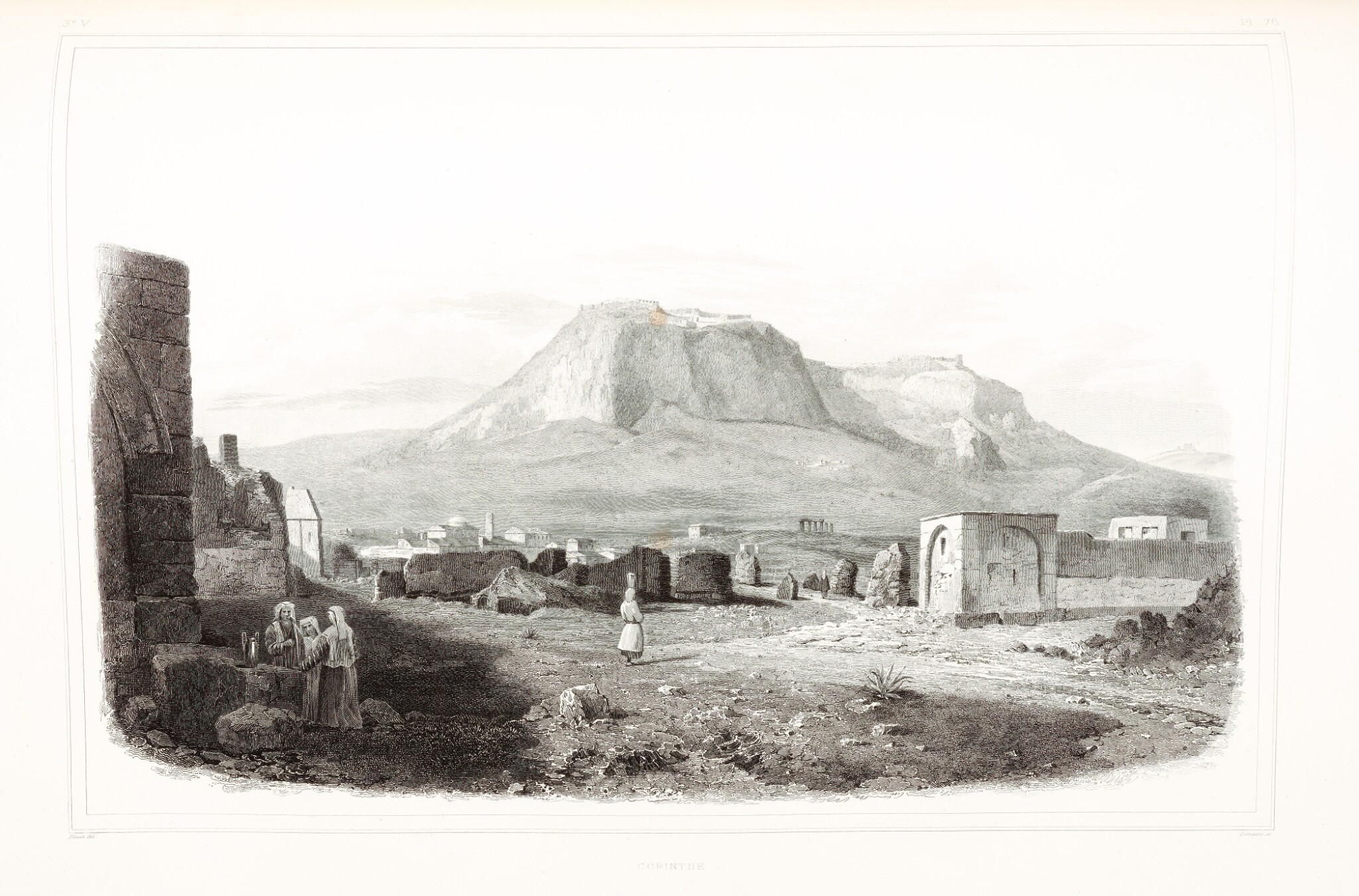 BLOUET, GUILLAUME ABEL, AND OTHERS

"This important work marked a turning point in the history of archaeological studies and served as a model for works of a similar kind" (Blackmer).

The Morea Scientific Expedition (an adjunct to the French military mission to the Morea), arrived in Greece in March 1829. It was organised into three sections: architecture, archaeology and natural sciences. The archaeology section was disbanded after two months but its work was included with that of the architectural section directed by the distinguished architect Guillaume Abel Blouet. "The plan of the work follows the itinerary of the expedition, which included Byzantine, early Christian and medieval antiquities, along with more exhaustive surveys of the principal classical remains at Pylos, Messene, Olympia, Phigalia, Megalopolis, Sparta, Argos, Mycenae, Nemea and Corinth, and on the islands of Delos, Naxos, Aegina and Cape Sounion (Sunium). Particular attention is given to the temples of Jupiter at Olympia, of Apollo at Bassae, near Phigalia and of Jupiter on the island of Aegina. Blouet and his colleagues were the first archaeologists to identify the ruin of the temple at Olympia as the famous temple of Jupiter described by Pausanias" (BAL RIBA).

This work is a companion to that of Bory de Saint-Vincent, which contains the geographical, geological, zoological and botanical reports of the expedition (see lot 162).

The Royal Society of London, discreet disposal stamp dated 1951 on blank leaf at beginning of each vol.