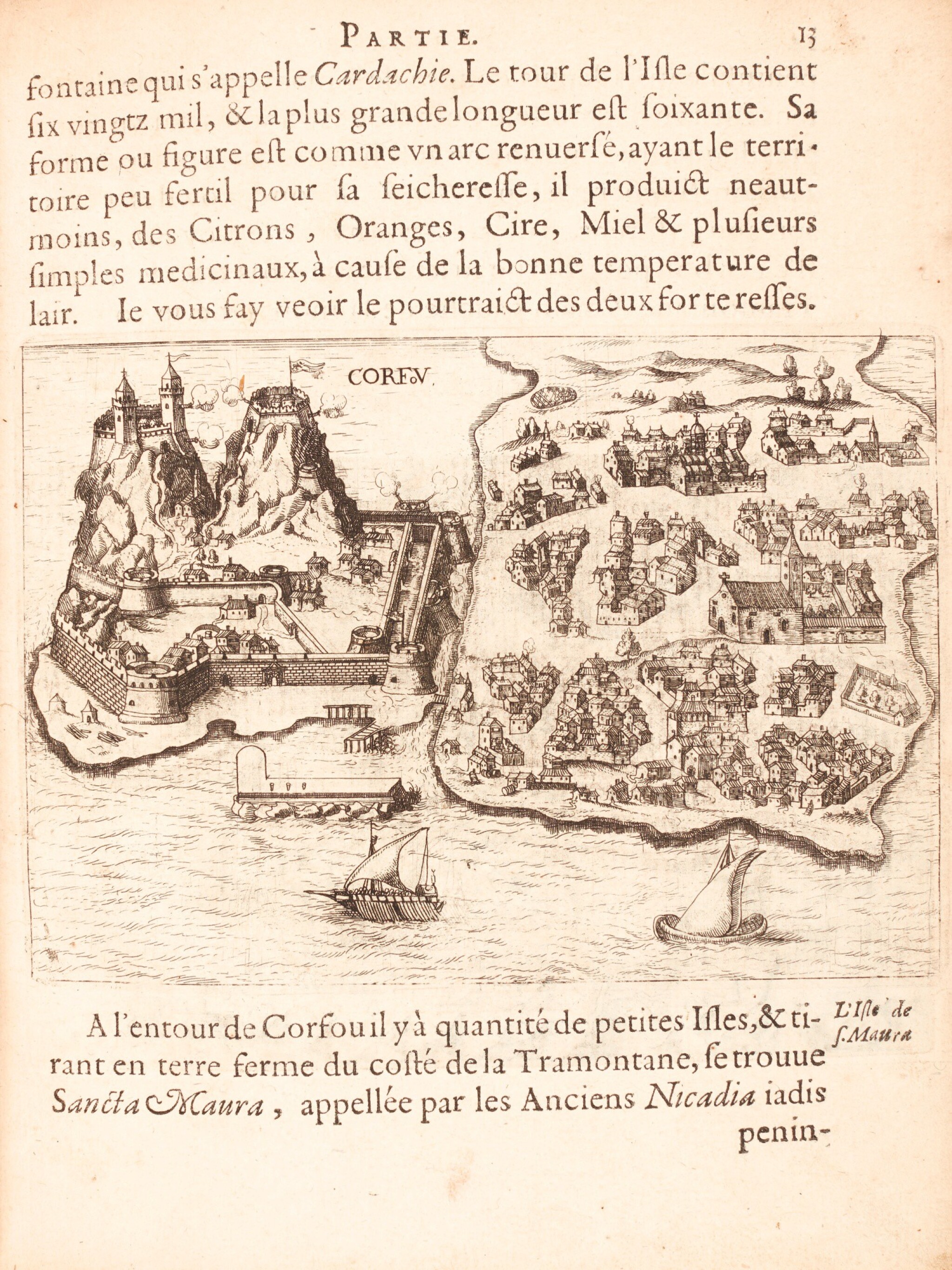 RARE FIRST ILLUSTRATED EDITION OF THIS WORK of which only three copies are recorded at auction.

Beauvau, a diplomat and general, began his journey in November 1604 in the service of De Salignac, French ambassador to the Porte. The work covers Italy, Istria, Dalmatia, Albania, Greece, the Morea, Caramania, Cyprus, Syria, Palestine and Egypt, including views or plans of Venice, Constantinople, Jerusalem, Cairo and Alexandria. The maps, in the manner of Bertelli and Camocio, include Corfu, Cyprus, Malta, Crete and the Aegean islands.