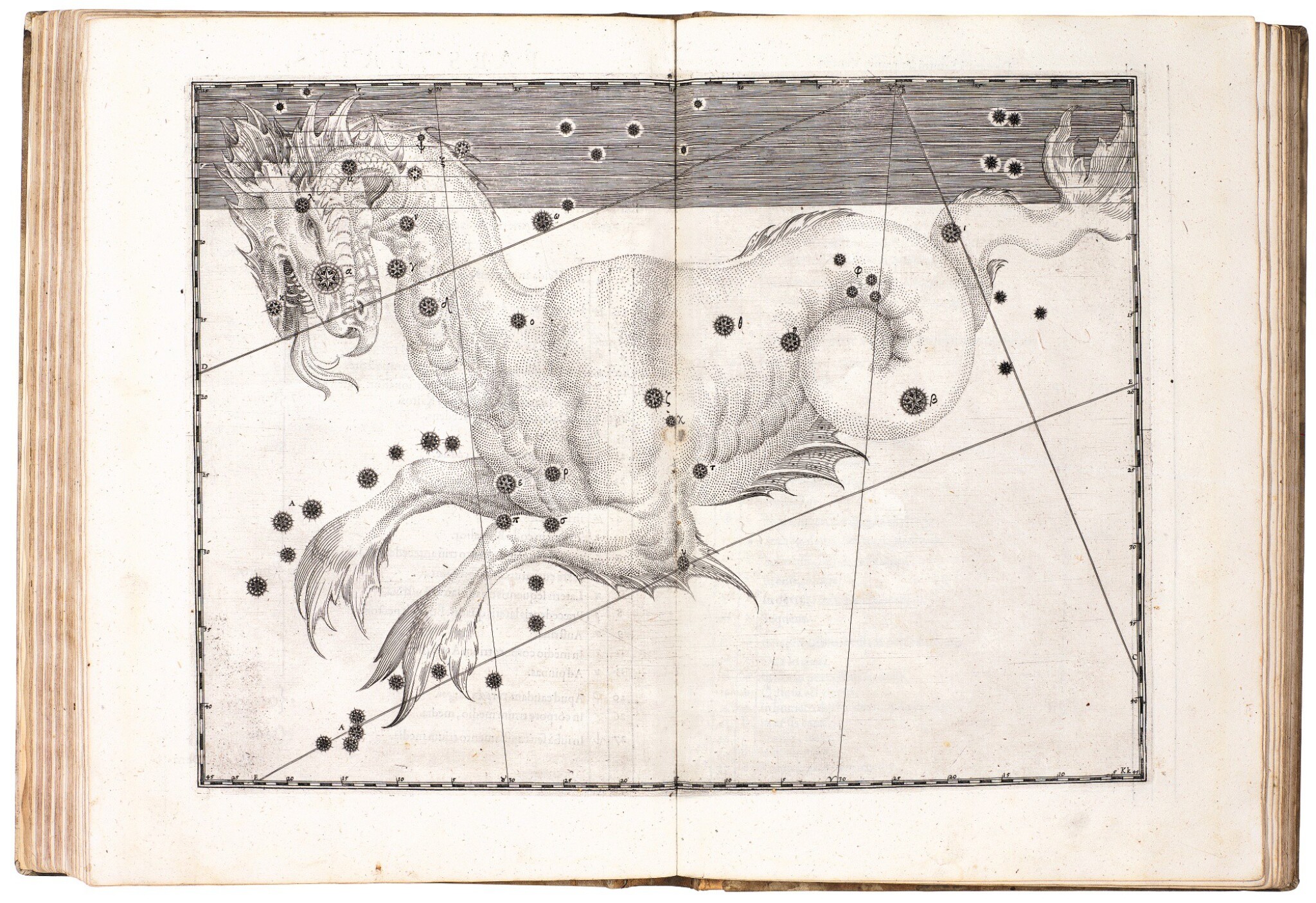 BAYER'S INNOVATIVE AND INFLUENTIAL STAR ATLAS. Bayer ranked each star in a constellation according to its brightness, thus improving identification by the naked eye. The plates were engraved by Alexander Mair (with his monogram on the title-page), inspired by the woodcuts by Jacob de Gheyn in Grotius's Syntagma Arateorum (1600); here, however, the images are more accurately drawn on gridlines with coordinates. The plates comprise the 48 northern constellations as described (verbally) by Ptolemy, a plate containing 12 new southern constellations, and two planispheres. Kepler used Bayer's coordinates for his observations which he published as De stella nova in pede Serpentarii in 1606.