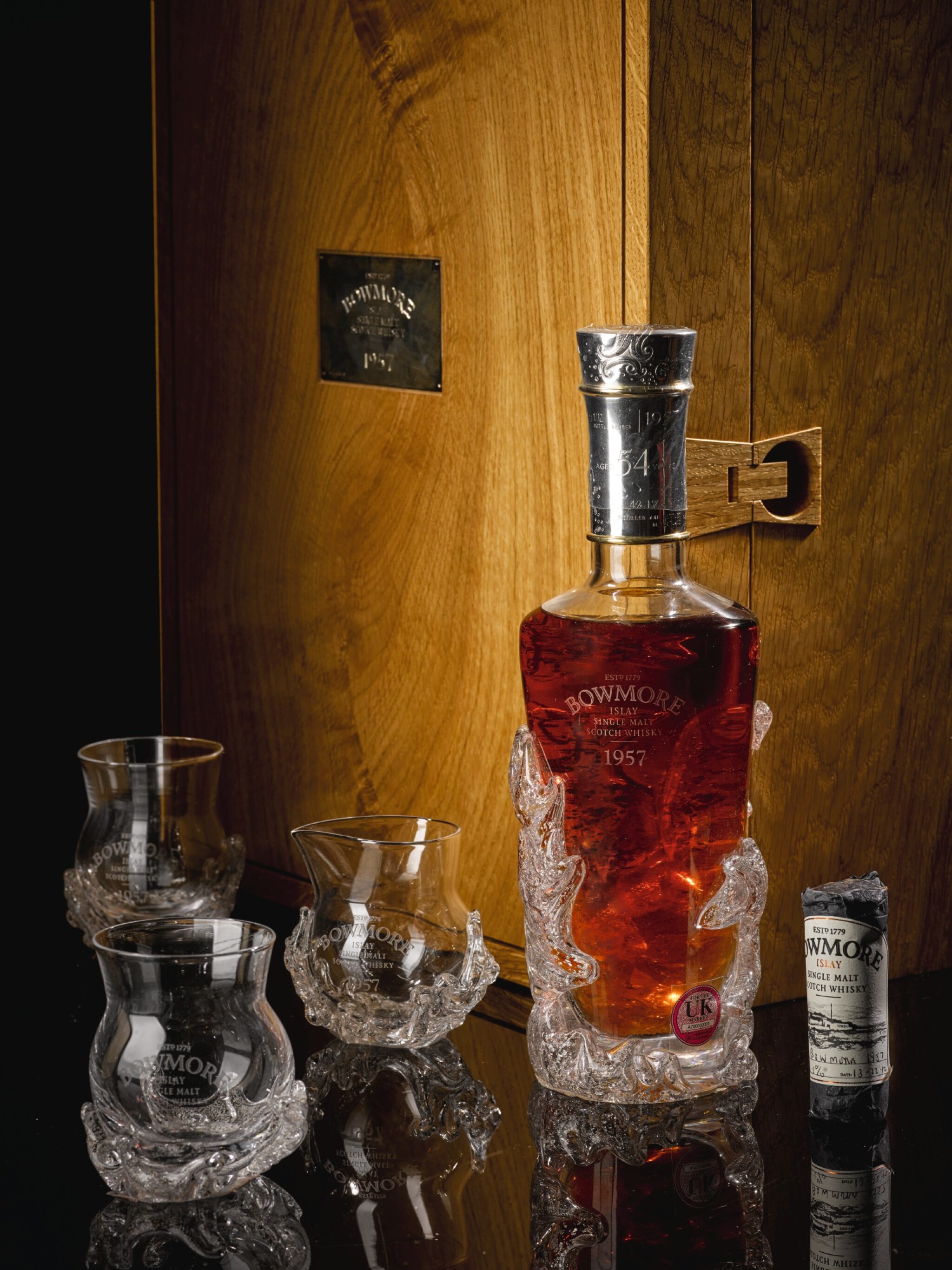 1 bt 70cl - This bottle is number 1 of 12 ever released, u. vts, including a platinum neck collar, stopper, booklet, signed certificate of authenticity,

bottle of the same whisky

The oldest whisky to be released from this legendary distillery after

54 long years of maturation, this bottle is one of only 12 ever released.

this sculpted bottle depicting the crashing waves of the Atlantic

platinum collar. This is surely the finest bottle of Islay whisky ever