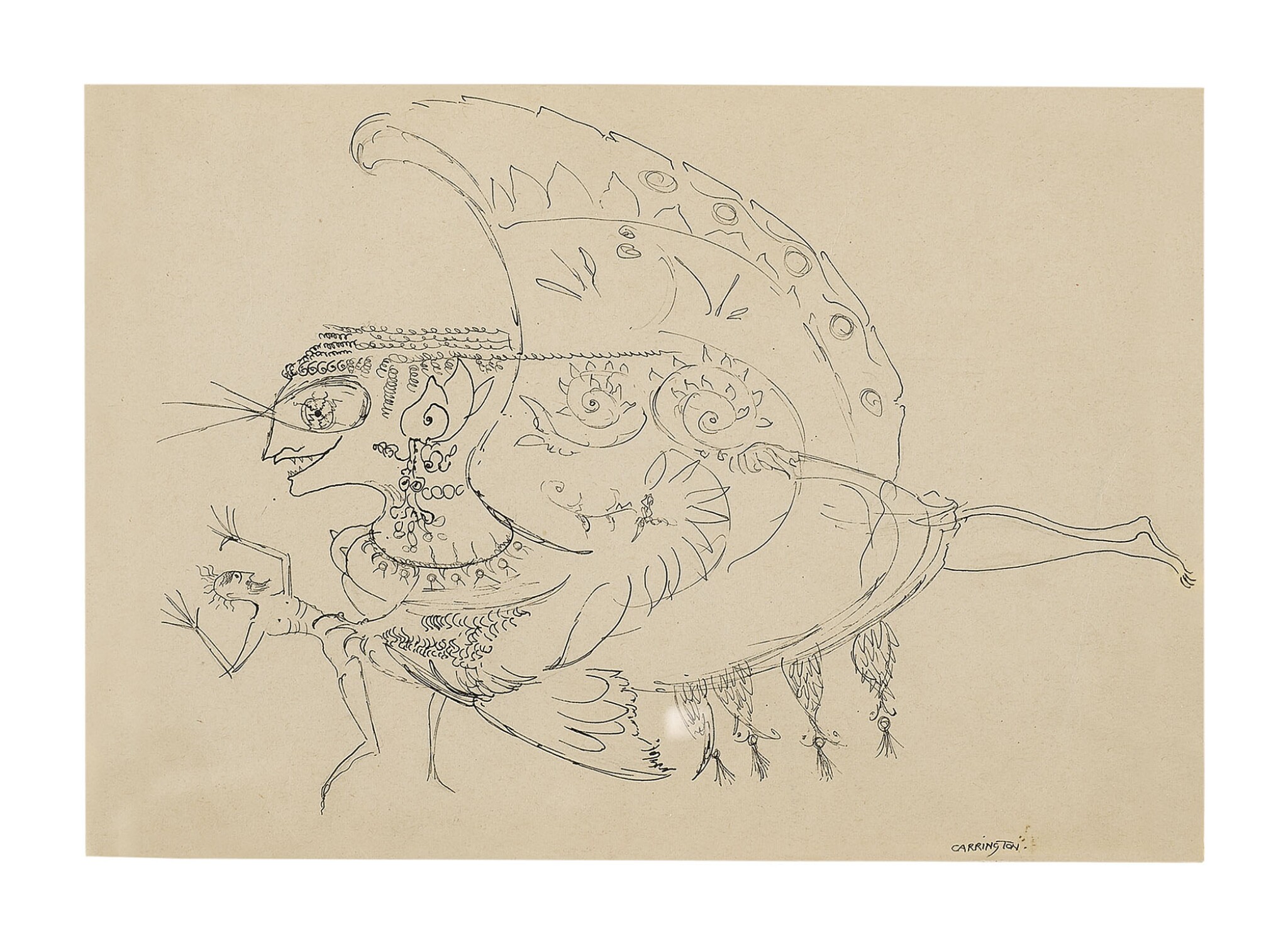 We are grateful to Dr. Harold Gabriel Weisz Carrington for confirming the authenticity of this work.

Executed on cream wove paper. The sheet has been hinged at the upper left and upper right corners of its verso. There are minor handling creases to the upper left, lower left and lower right corners. There are a few minor scattered spots of staining. There are three repaired tears along the right edge, all measuring approximately 1/4 inches in length. There is an additional 1/4 inch tear to the center of the top edge. The work is in good condition.

Leonora Carrington had a privileged upbringing in England, which was lush with inspirational elements. The three Irish women of Carrington’s childhood—her grandmother, mother and nanny—would often recite ancient tales based on Celtic mythology to her, a theme she returned to continuously throughout her lifetime. She attended London’s Chelsea School of Art in London, but after a year, she transferred to the Ozenfant Academy of Fine Arts in Paris. In 1937, she met Max Ernst, a fellow Surrealist with whom she had a brief albeit intense romantic relationship, and together they retreated to the south of France. At the outbreak of World War II, Ernst was arrested twice by the French police on account of his German nationality, leading Carrington to consequently experience a nervous breakdown. She was transferred to a psychiatric hospital, and her experiences with psychiatric treatments at the institution would influence her art and writings thereafter. Eventually, Carrington fled to Mexico in 1942, while Ernst escaped the war with the help of his lover, the heiress and collector Peggy Guggenheim. Mexico, with its folklore and Mayan mythology, sparked Carrington's imagination, and her work began to flourish as she worked alongside fellow female artists and emigrés Kati Horna and Remedios Varo.