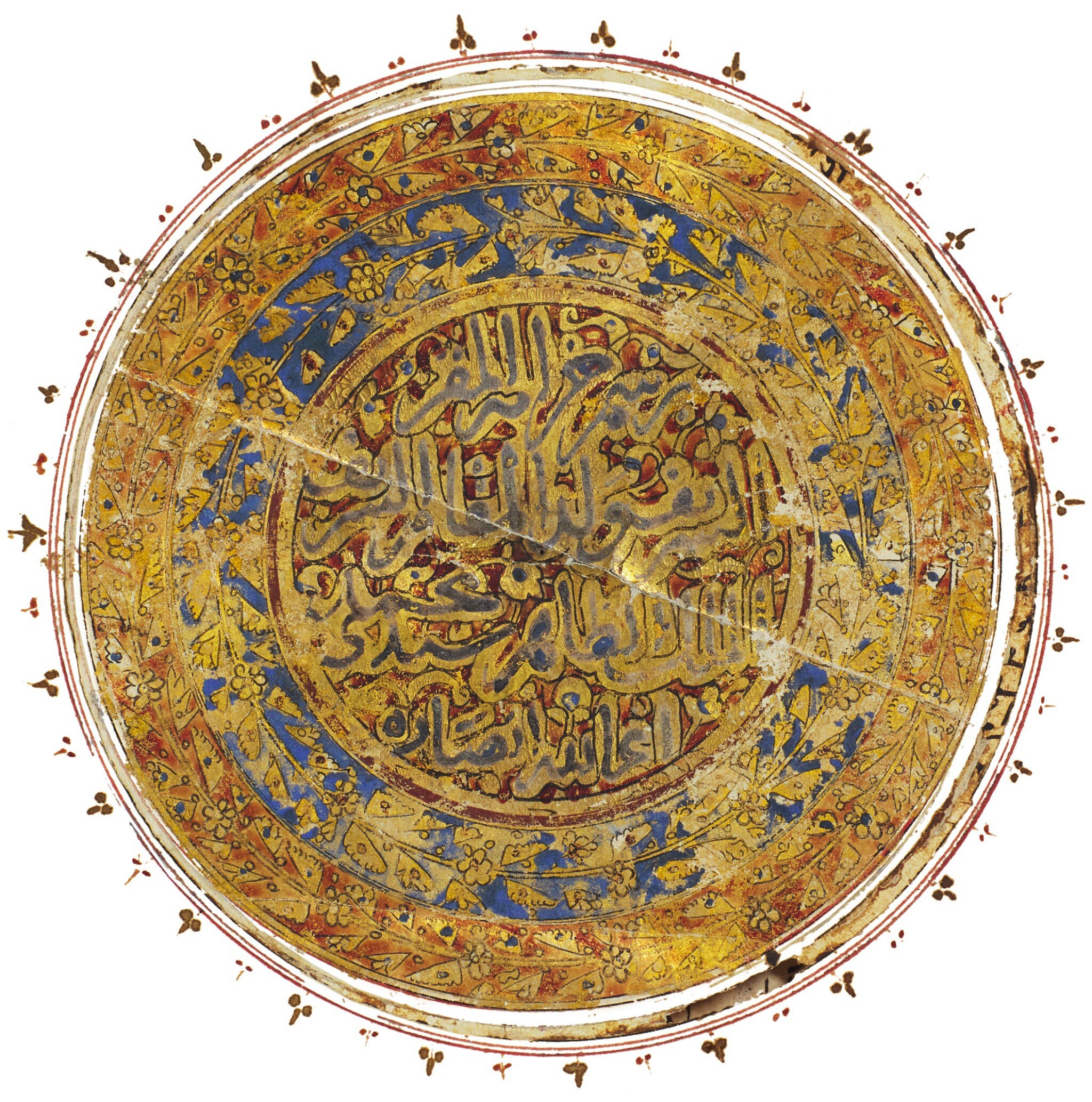 Arabic manuscript on paper, 28 leaves, plus 1 fly-leaf, 15 lines to the page, the fourth, ninth, and fourteenth in red naskh running diagonally, fifth, tenth and last written in elegant black or gold muhaqqaq, the intervening lines in neat naskh, f.1a and f.28b with a polychrome and gold shamsa, f.1b with an illuminated heading, in brown gilt leather binding, with flap

The margins restored and cropped, possibly incomplete, one leaf replaced, losses to the illumination, smudges and holes, as viewed.

The original title of this work was Al-kawakib al-durriya fī madh khayr al-bariya, but is more commonly known as Qasida al-Burda ('Poem of the Mantle'). Written in praise of the Prophet Muhammad, the composition was very popular in Mamluk and early Ottoman period. The shamsa on f.28b mentions the son of the King Tahir Sayidi Muhammad, who is unrecorded in Bosworth. Some inscriptions above the shamsa written in black diwani and the Ottoman binding attest that the manuscript was in the library of an Ottoman scholar.