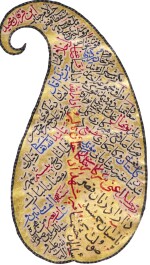 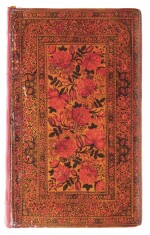 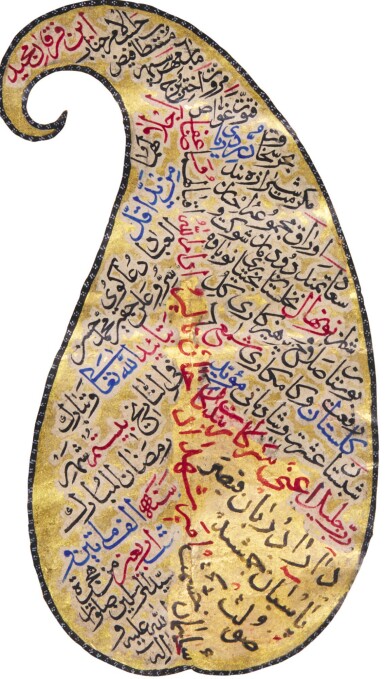 Stains and rubbing, some losses to the illumination and the gold, minor tears, some crackeleaure and scratches to the binding, as viewed.

This Qur’an is one of the finest manuscripts produced in Kashmir in the first half of the nineteenth century. Not only does it bear the names of two scribes who have been involved in copying it, but also the names of the binder and the patron. Dated Qur’ans from Kashmir are rare, especially if decorated with such lavish illumination.

On f.534a Muhammad Hasan signs as the copyist of the Qur’an and Muhammad Isma’il as the copyist of the tafsir in the margins. Each lacquer plate of the binding is finely decorated with a central panel with interlacing flower scrolls and plants, among which there is the signature of Aziz Mughul. The name of the patron as well as the date 1246 AH/1831 AD are written in black along the outer border. It is interesting to note that along with his name, Muhammad Isma’il, the patron is named tajir al-Isfahani (a merchant from Isfahan)

Victor Jacquemont, a French traveller who was in Kashmir the same year this Qur’an was copied (1831) records that the region was a big centre for the production of the manuscripts and there were between seven and eight hundred copyists in the region (Bayani & Stanley 1999, p.228). While Kashmiri Qur’ans are usually not signed and can be quite formulaic in their layout and decoration, this copy is extensively and finely illuminated, and must have been a commission by a Persian merchant who was resident in Kashmir in 1831.

A comparable Qur’an, although lacking both a date and the name of the scribe, was sold at Christie’s London, 6 October 2011, lot 431.