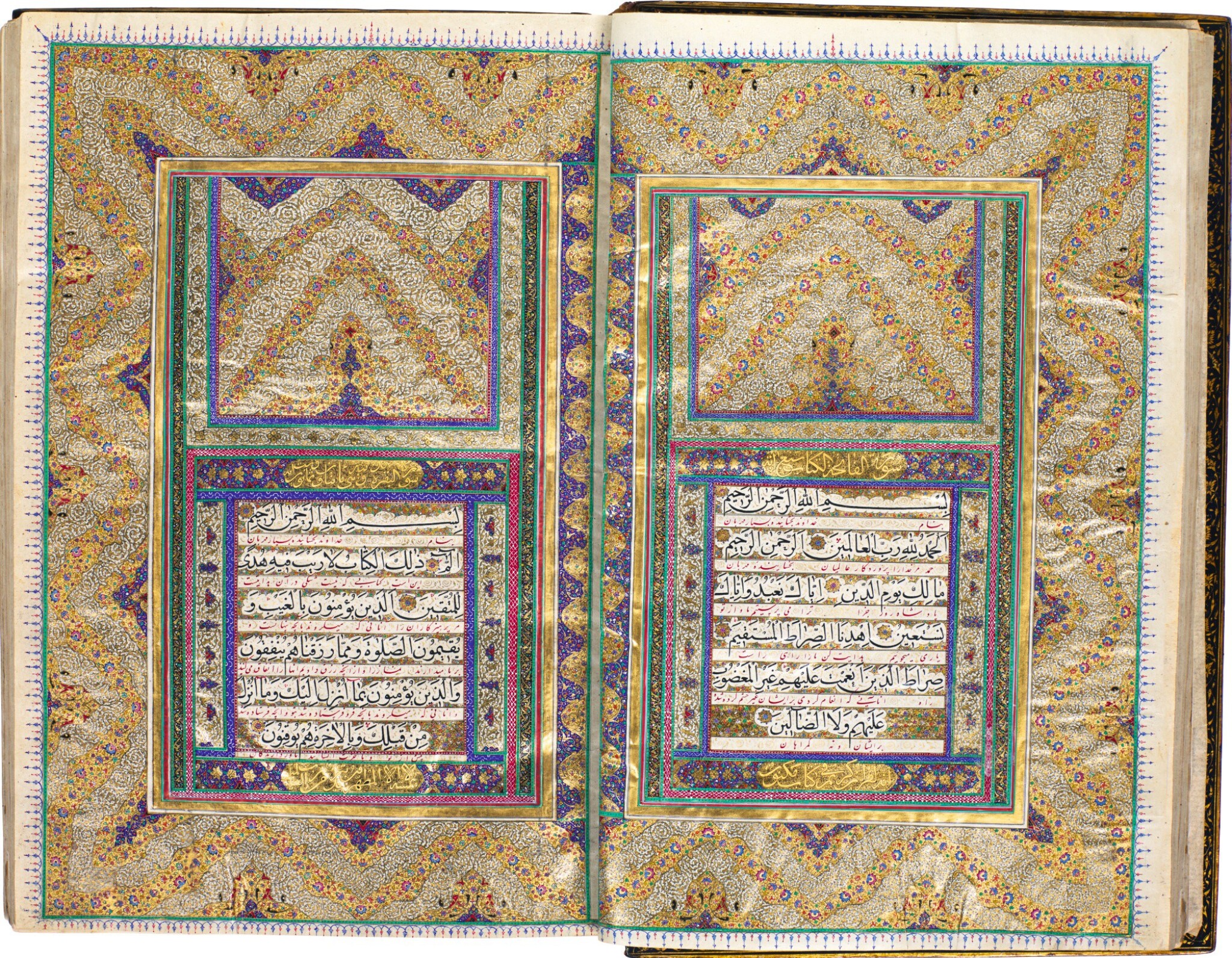 The margins are clean, minor rubbing, some quires nearly detatched, some stains and minor losses, minor scratches to the binding, as viewed.

Please note that the illumination of this Qur’an is attributed to Reza Sani Humayun and not signed.

This magnificent Qur'an has all the hallmarks of the most refined manuscripts of the Qajar period. Along with the name of the scribe, Ali 'Askar Arsanjani, we are also given the name of the illuminator, Reza Sani’ Humayun. On the finispiece page, just above the colophon, the patron is addressed and, although his name has been rubbed out, he is described as a cultured and intelligent man. The lavishness and richness of this manuscript points towards a royal or at least noble patronage.