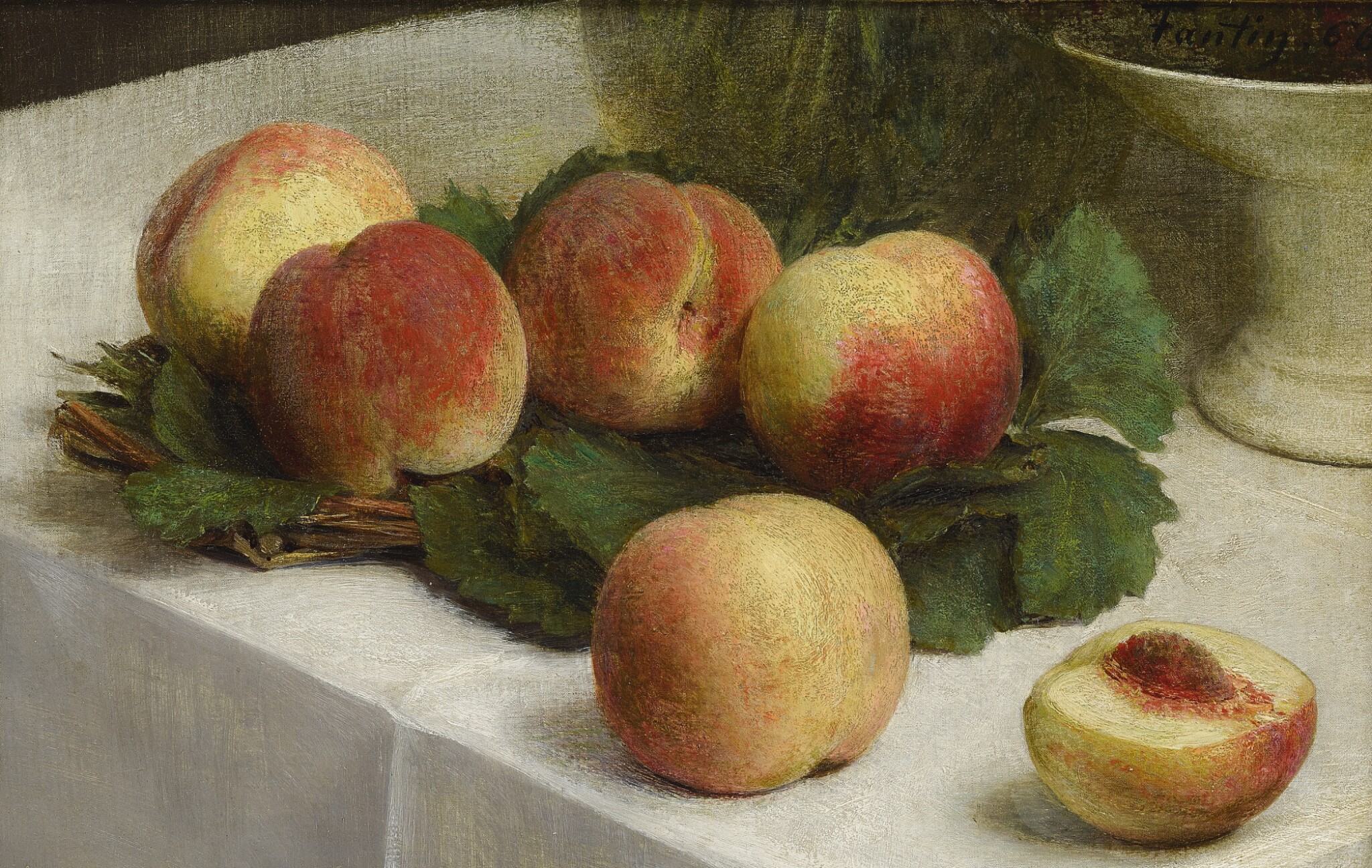 This painting will be included in the catalogue raisonné of Fantin-Latour’s paintings and pastels by Galerie Brame & Lorenceau now in preparation.

Private Collection, United Kingdom (acquired from the above on November 26, 1937)

Private Collection, United Kingdom (by descent from the above and sold: Sotheby's, London, February 5, 2003, lot 106)

Richard Green Fine Paintings, London (acquired at the above sale)

Fantin-Latour’s still-life paintings were first exhibited at the Royal Academy in London in 1864. His early works were marked by a purity and simplicity of composition. In his review of the Salon of 1889, Émile Zola described the artist's work as follows: "The canvases of M. Fantin-Latour do not assault your eyes, they do not leap at you from the walls. They must be looked at for a length of time in order to penetrate them and their conscientiousness, their simple truth—you take these in entirely, and then you return” (Émile Zola, quoted in Edward Lucie-Smith, Henri Fantin-Latour, New York, 1977, p. 37). Collectors throughout Europe marveled at the extraordinary clarity and perfection of detail in Fantin-Latour's works. The artist's technique not only shows the influence of many of his close friends, including such contemporaneous Impressionists as Édouard Manet, it also betrays inspiration by the Old Masters he studied at the Louvre, Fantin-Latour was especially drawn to the flower and vanitas painters of the Dutch Golden Age (see fig. 1). The light and airy brushwork seen in Fantin-Latour’s flower paintings yields to a stronger concern for balance of mass and volume when fruit becomes the central subject matter. Nevertheless, Fantin-Latour maintains his usual sense of delicacy, effectively contrasting the weighty rotund forms of the peaches with the linear creases of the white linen tablecloth. In a display of his mastery of texture, Fantin-Latour has nestled the peaches amidst a bed of leaves, with the twigs comprising a basket visible underneath.