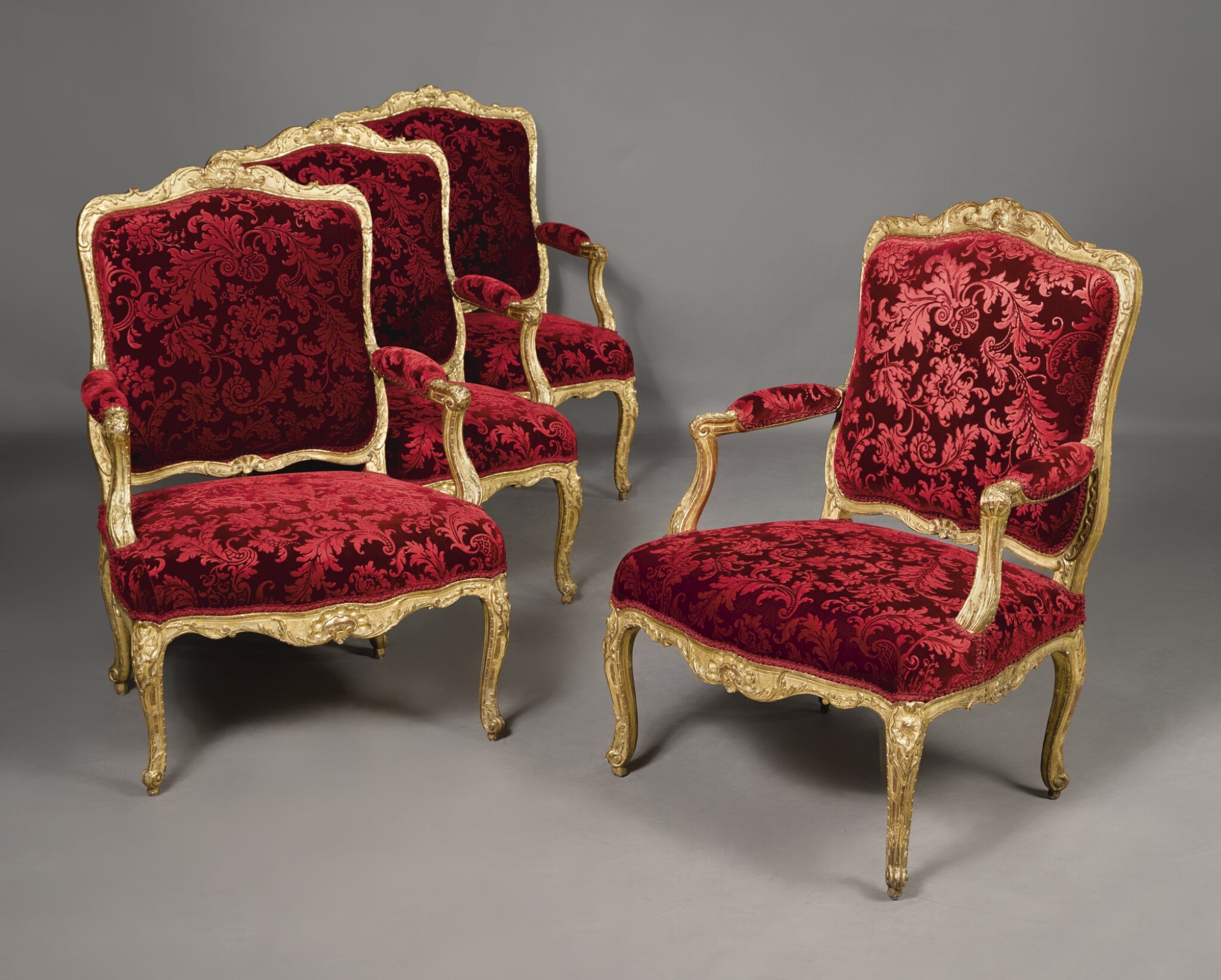 No obvious breaks or repairs. The old gilding is a nice color with scattered rubbing and losses commensurate with age and use. Upholstery in excellent condition. Good scale, ready to place.

Boucault was from a family of menuisiers based in the Rue de Cléry in the heart of the joiners' district in Paris. During his long career he supplied work to the Royal Garde-Meuble at Versailles, and his clients included the Duc de Choiseul, the Prince de Lorraine, and Louis XV's daughter the Duchesse de Parme. His masterpiece is undoubtedly a set of ten magnificently carved giltwood fauteuils à la Reine et à châssis from c.1755, six of which are in the Louvre, donated by Mme. Walter-Guillaume (1898-1977), wife of the French art dealer Paul Guillaume (1891-1934), whose important collection of 19th and 20th century French paintings forms the nucleus of the Musée de l'Orangerie in Paris (one. ill. Bill Pallot, Furniture Collections in the Louvre, Vol. II, Dijon 1993, p. 87, no. 26). A single armchair from this suite, formerly in the Karl Lagerfeld collection, was sold Christie's London 9 July 2015, lot 14 (GBP 266,500 with premium).