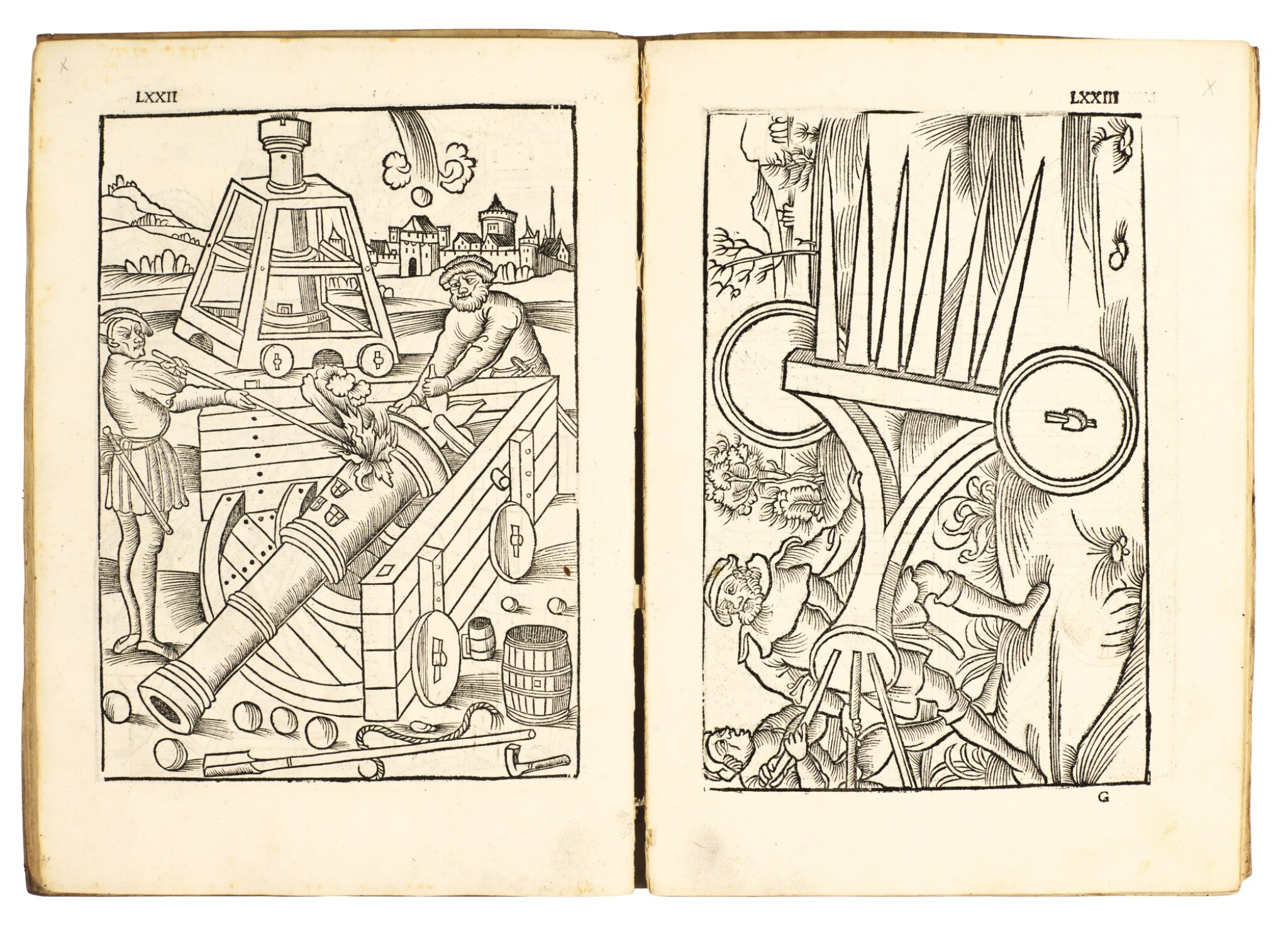 A publication containing the fine woodcut illustrations to Vegetius but without the actual text; Hans Knappe of Erfurt had previously issued an edition of the text in German translation in 1511, with most of the woodcuts (VD16 V465), but this edition contains an additional seventy odd illustrations not issued with that text. Some of the woodcuts are signed HK (Knappe) and MS (Melchior Schwarreberg).

The woodcuts are partly based on an earlier illustrated Vegetius printed in Augsburg in around 1475. They contain anachronistic illustrations of cannons and soldiers in contemporary costume, indicating that the book was intended for practical rather than academic use.