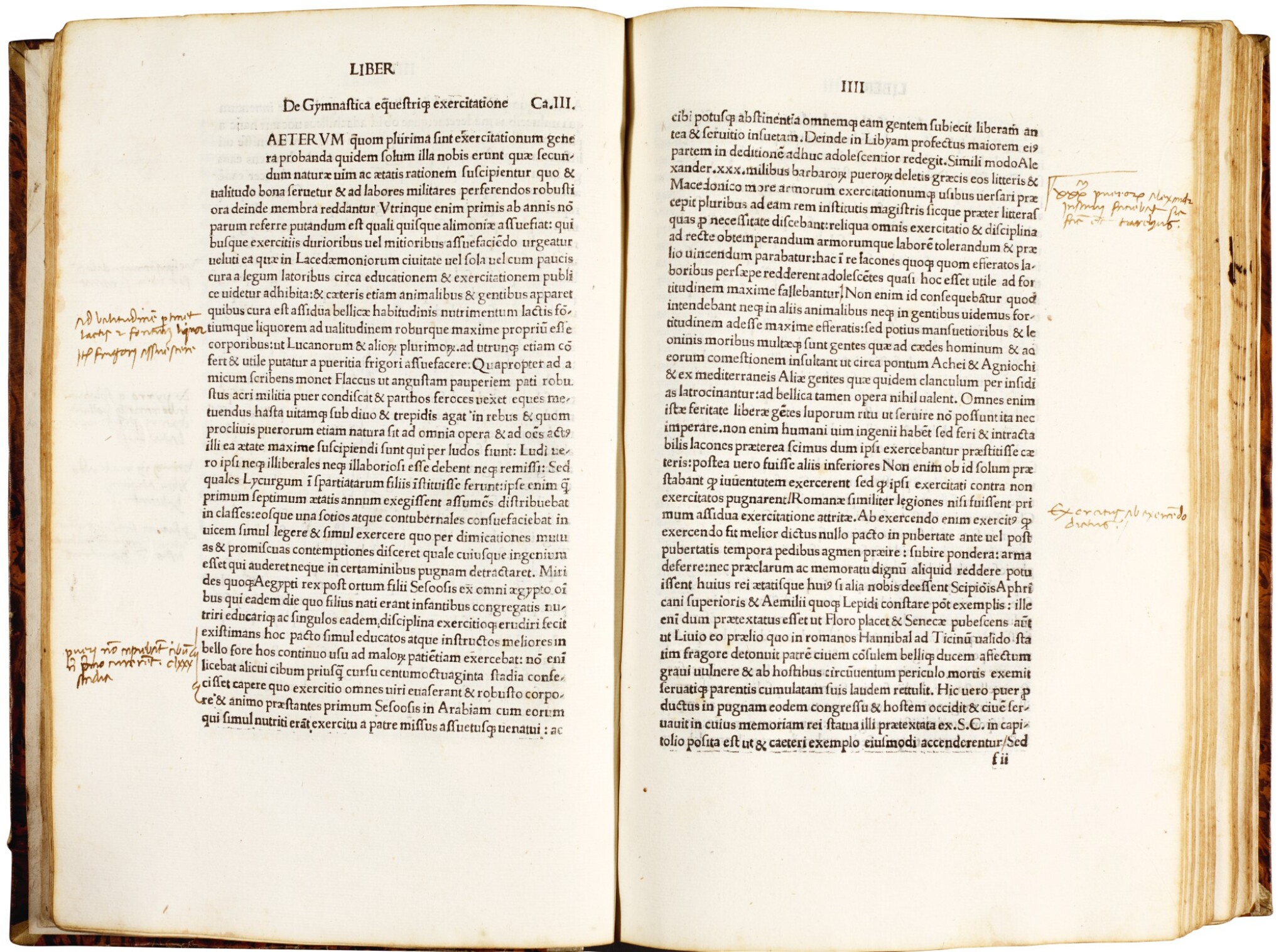 A CLASSIC MILITARY TEXT OF THE RENAISSANCE. Valturio (1405-1475) was a humanist working at the papal court before returning to his native Rimini to work for the Malatesta. He is best known as the author of this work, which was compiled from classical military and naval texts and contains numerous illustrations of military equipment and machines. It also details the institution of the condottiere, as these mercenary leaders had substantial influence in Italy at this time (Valturio's patron Sigismondo Malatesta being one of them).

This is the second edition, closely following the first edition printed in Verona in 1472, and this copy shows considerable engagement with the text at an early date. The replacement text leaves at the beginning are in a neat Italian seventeenth- or eighteenth-century hand, and u1 is a pen and ink facsimile of the original text and woodcuts.

The woodcuts in this edition are reduced copies of those from the first edition. The (somewhat fantastical) woodcuts depict various siege engines, cannons and other military equipment, including pontoon bridges and ships.