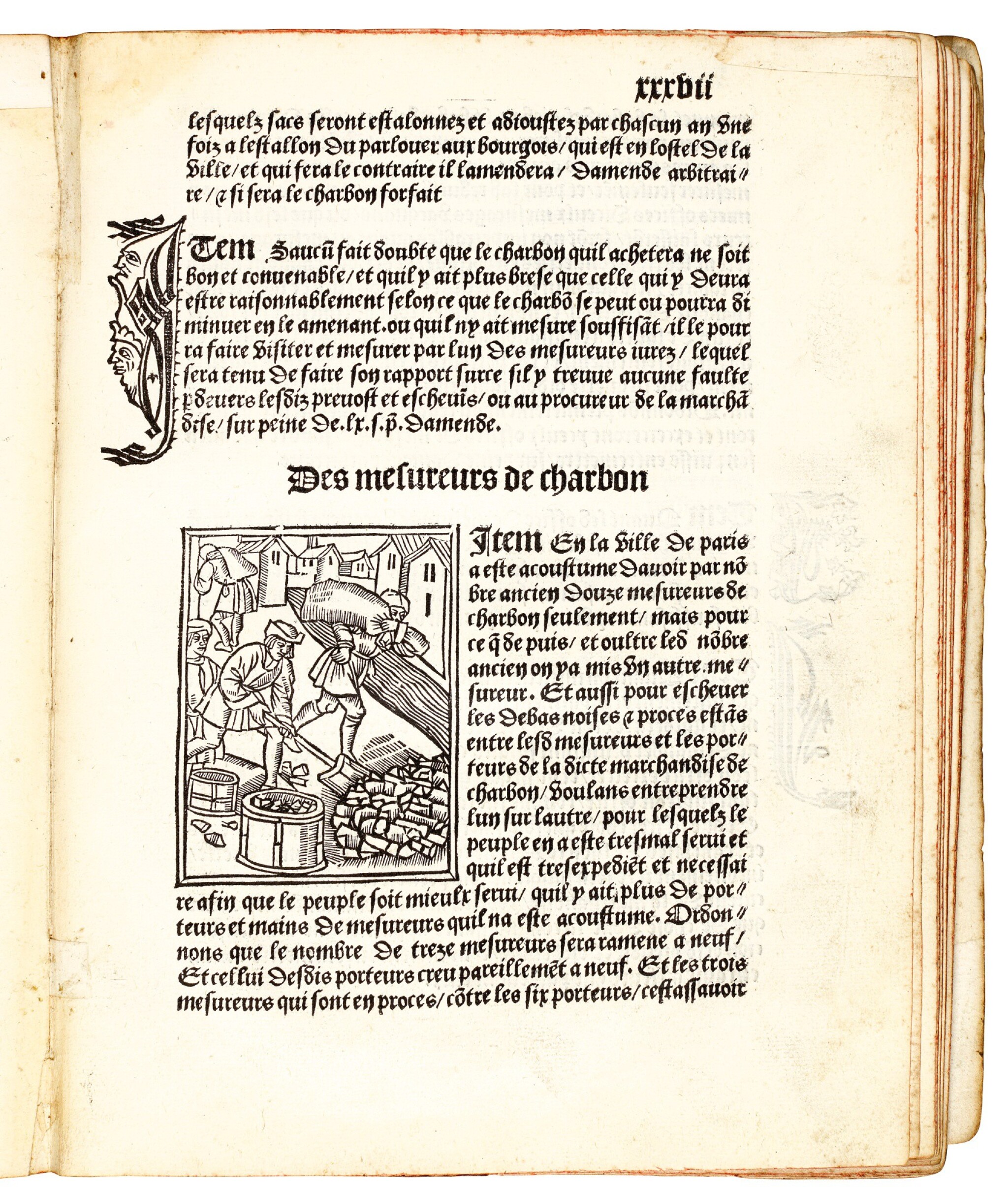 "EXTREMELY RARE AND OF THE GREATEST VALUE FOR THE COMMERCIAL HISTORY OF PARIS IN THE XVTH CENTURY" (Fairfax Murray, p.603). A FASCINATING ASSOCIATION COPY LINKED TO THE VERY START OF THE FRENCH REVOLUTION.

This set of regulations provides a fascinating window into mercantile activity in Paris at the end of the fifteenth century, including lengthy sections on tariffs, salt, charcoal and the wine trade. The numerous woodcuts depict the civic officials involved, as well the various trades and occupations.

Jean François Jeuneux, signature and presentation inscription on first leaf, dated 20 July 1789 in his 61st year, presenting the book to Monsieur Bailly, recently appointed Mayor of Paris in place of Monsieur de Flesselles who was deposed and put to death by the people, as this is a rare book not present in either the Royal Library or the city library

Jean Sylvain Bailly was mayor from 1789 to 1791, and then guillotined in 1793. This inscription is dated not even a week from the storming of the Bastille; Bailly was made mayor on the following day, 15 July. At the time there was a major food crisis in Paris and this work, on the regulations for the civic posts in charge of provisioning for Paris, would have been somewhat apposite. His predecessor, Jacques de Flesselles, was killed at the storming of the Bastille.