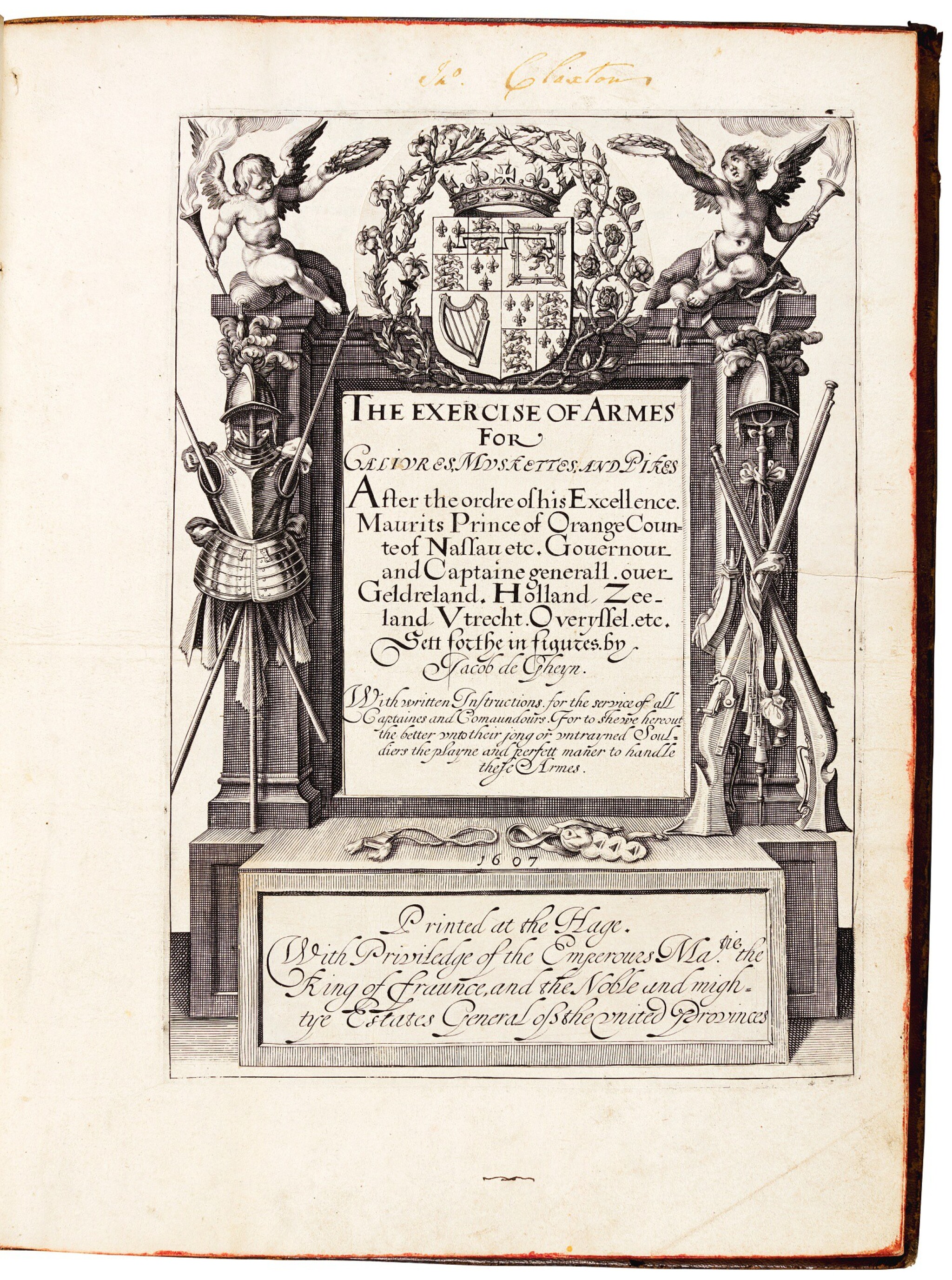 The Exercise of Armes for Calivres, Muskettes, and Pikes. The Hague: [no publisher], 1607

folio (343 x 263mm.), engraved decorative title with three replacement engraved sections pasted on, dedication leaf ('To the Prince'), 117 engraved plates, the first plate within 'Calivers' is in an early state before numbers and is SIGNED BY DE GHEYN, many of the plates within 'Muskets' are in an early state before numbers and the majority of the plates in this section have titles added in a contemporary hand, later brown calf, repair to one margin not affecting plate, binding worn with abrasions and some loss, upper joint splitting at foot

"This beautiful work was brought out in English out of compliment to the British levies, whose services had so greatly aided the United Provinces in their struggle for liberty" (Cockle), and also to accommodate the polyglot forces currently fighting in the Netherlands. It was dedicated to Prince Henry.