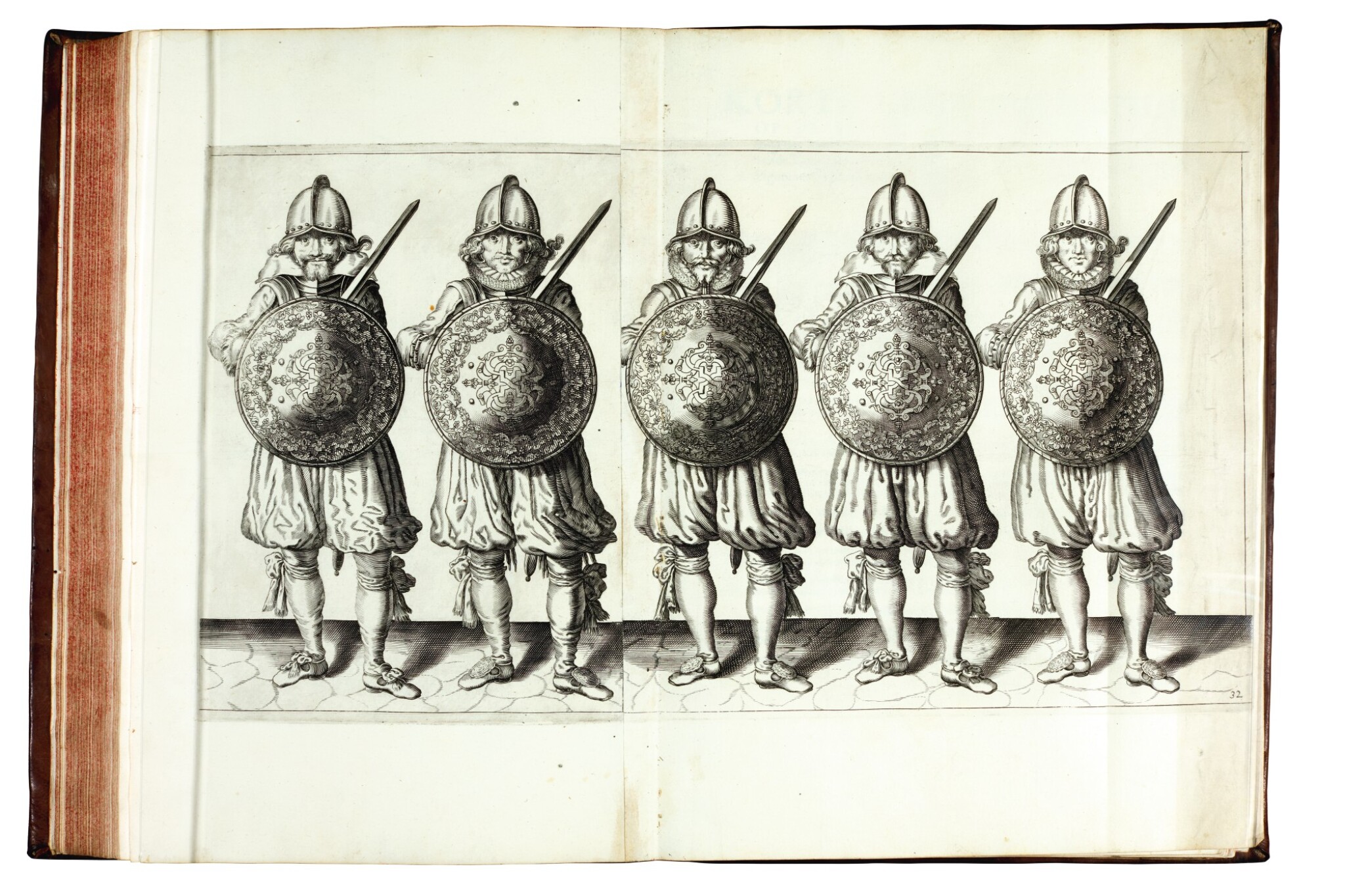 A good copy of Gheyn's famous illustrated work on musket, caliver and pike exercises, designed specifically for practical use on the muster ground. It was originally published in Dutch in 1607, but English and French editions soon followed (see lots 216-219). As well as profoundly changing military practice in Europe, the book also provided motifs for several kinds of decorative art. The Delft factories produced a series of tiles based on the engravings and at Clifton Hall in Nottinghamshire the designs were used for paintings on the panelling.

Johann II, Count of Nassau-Siegen is often seen as the moving spirit behind the work. While resident in the Netherlands between 1592 and 1597 he took part in the military campaign against Spain and recorded his observations in his so-called Kriegsbuch. In this, he concluded that arms drill as well as field drill were necessary for cavalry and infantry in the Dutch army, and conceived the idea of publishing an exercise manual for soldiers. An illustrated manuscript version of this work can be found in the Royal Library at The Hague, and it seems likely that this formed the basis for Gheyn’s work.

De Gheyn was an engraver by trade, having studied under Hendrik Goltzius whose engravings of Dutch officers in the 1580s probably influenced this work. Robert de Baudous was in turn a student of de Gheyn.