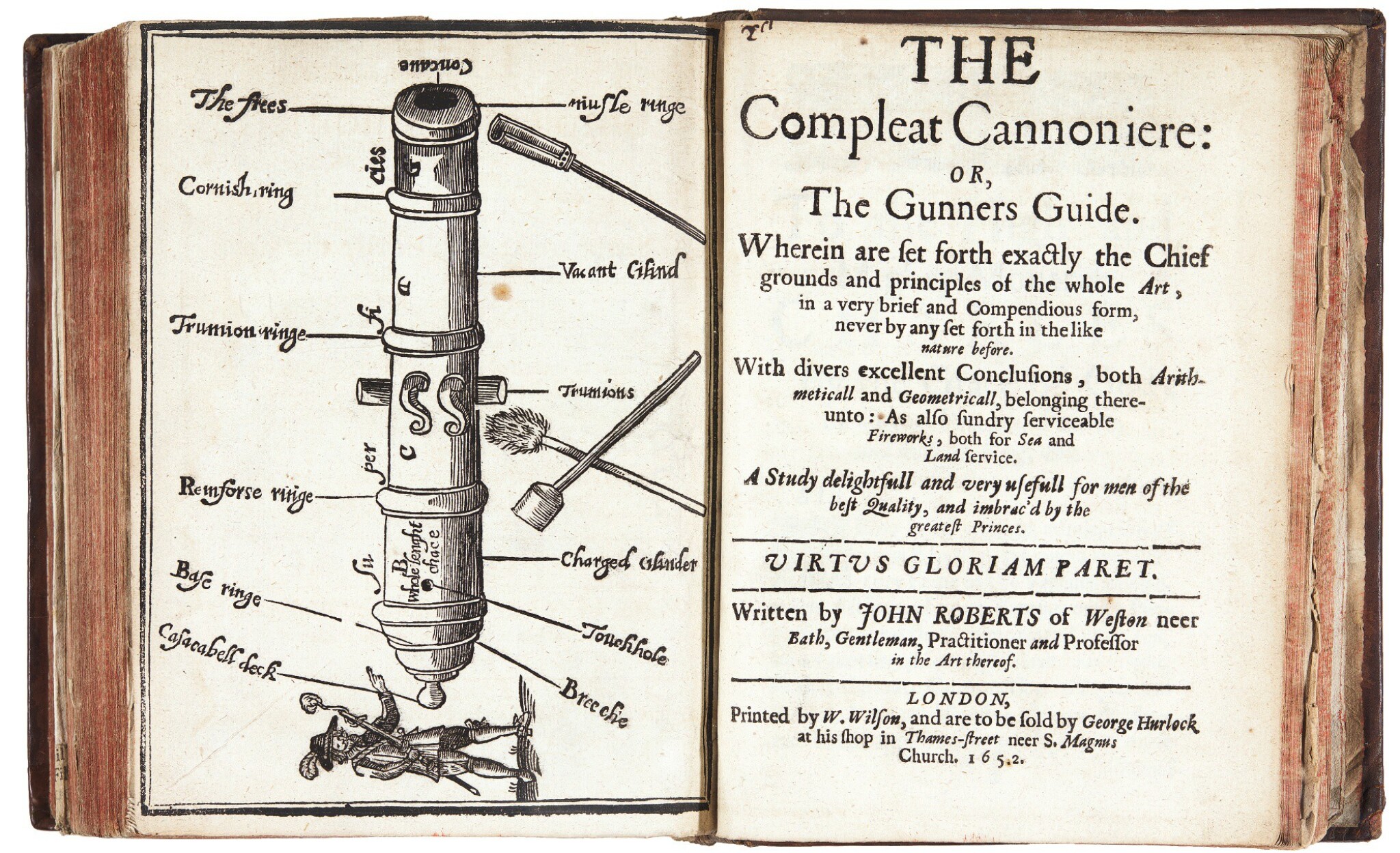 An exceptional collection of 18 pamphlets in one volume, comprising:

AN EXCEPTIONAL COLLECTION OF 18 PAMPHLETS IN ONE VOLUME, COMPRISING:

other copy was sold in these rooms in 1993]; xiii. C[ruso], J[ohn]. Castrametation, or the measuring out of the quarters for the Encamping of an Army. R[obert] C[otes] for Andrew Crook, 1642. With separate title page for The order of military watches, woodcut diagrams, Military Watches bound before Castrametation, sheet C in duplicate, the dedication leaf to Philip Skippon in two settings (one signed H4) [Wing C7432]; xiv. Markham, Gervase. The Souldiers Exercise in Three Bookes. The third Edition Corrected and Amended. John Dawson to be sold by Lawrence Blaiklock, 1643, separate title page for The Souldiers Accidence and both parts of The Souldiers Grammar, woodcut vignettes, one folding letterpress diagram, woodcut diagrams (two folding), title page dust stained [Wing M674]; xv. Orders to be observed in the Marching, Imbattelling, Fighting, and Dismarching of the Citie-Forces. May 23 1644. 1644 [Wing L2851L]; xvi. [Raynsford, John.] The Yong Souldier. John Raworth for Joseph Hunscott, 1645. [Wing R419E]; xvii. R., T. The Souldiers Accompt. M.F., 1647. Oblong 4to, with lists and tables, folded to fit binding [Wing R90A]; xviii. Roberts, John. The Compleat Cannoniere. W. Wilson to be sold by George Hurlock, 1652. Woodcut frontispiece, woodcut repeated at sig. D4v, woodcut diagrams, tables, index, THIS EDITION NOT IN WING

all printed in London except where otherwise stated, bound together in later calf, small 4to (190 x 150mm.), red morocco lettering piece ("Mathematical pamphlets of warr yearly vol.II"), housed in a collectors cloth box