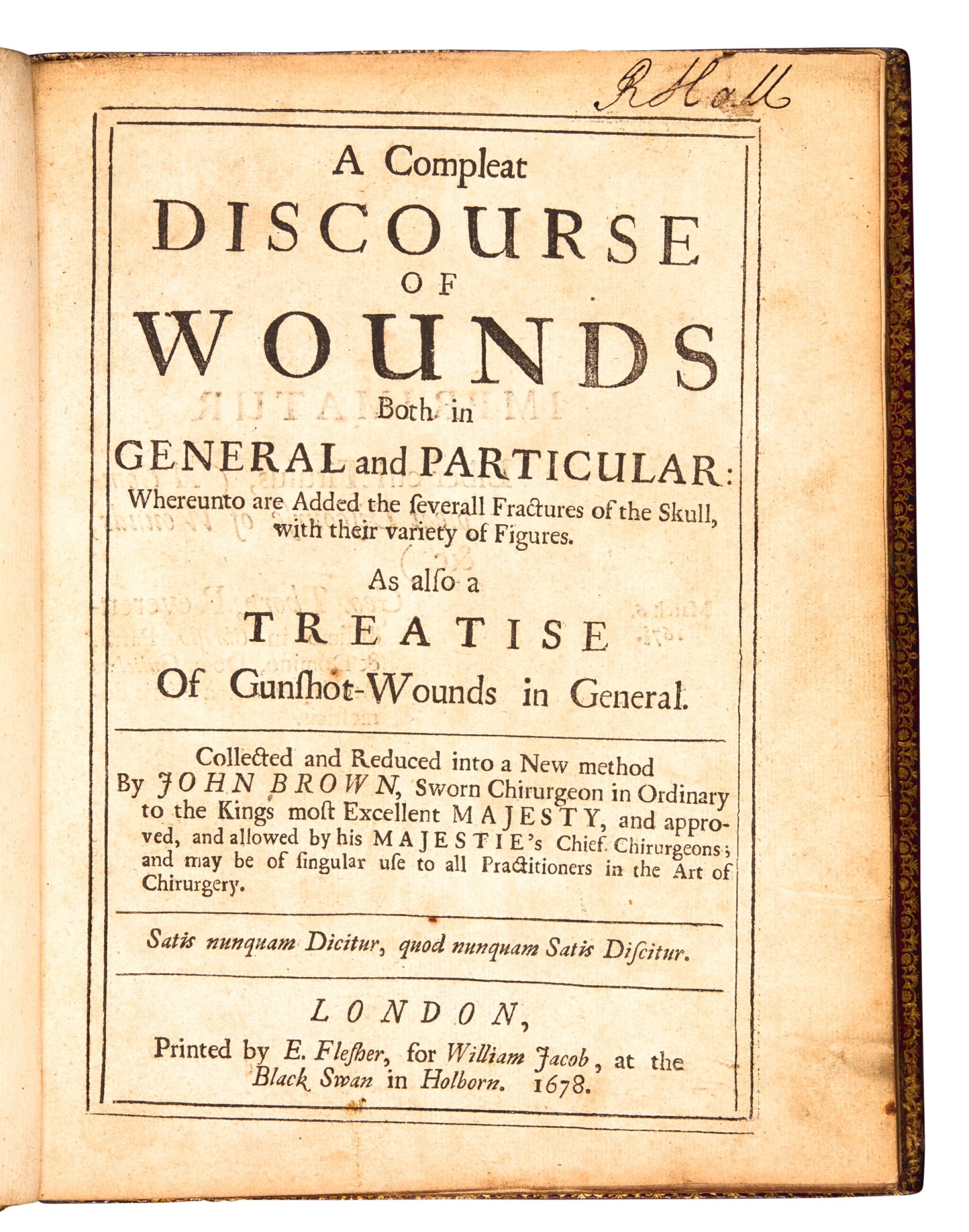 A Compleat Discourse of Wounds both in General and Particular: Whereunto are Added the severall Fractures of the Skull, and their variety of Figures. As also a Treatise of Gunshot-Wounds in General. London: E. Flesher for William Jacob, 1678

John Browne (1642-1702), the English anatomist and surgeon, was Surgeon in Ordinary to King Charles II and William III; previously he had served as a surgeon for the Navy during the Dutch War of 1665-1667. His published works were identified by contemporaries, and modern historians, as plagiarism (see also K.F. Russell, "John Browne, 1642-1702, a seventeenth century surgeon, anatomist and plagiarist", Bulletin of the history of medicine, Volume 33, November 1959).