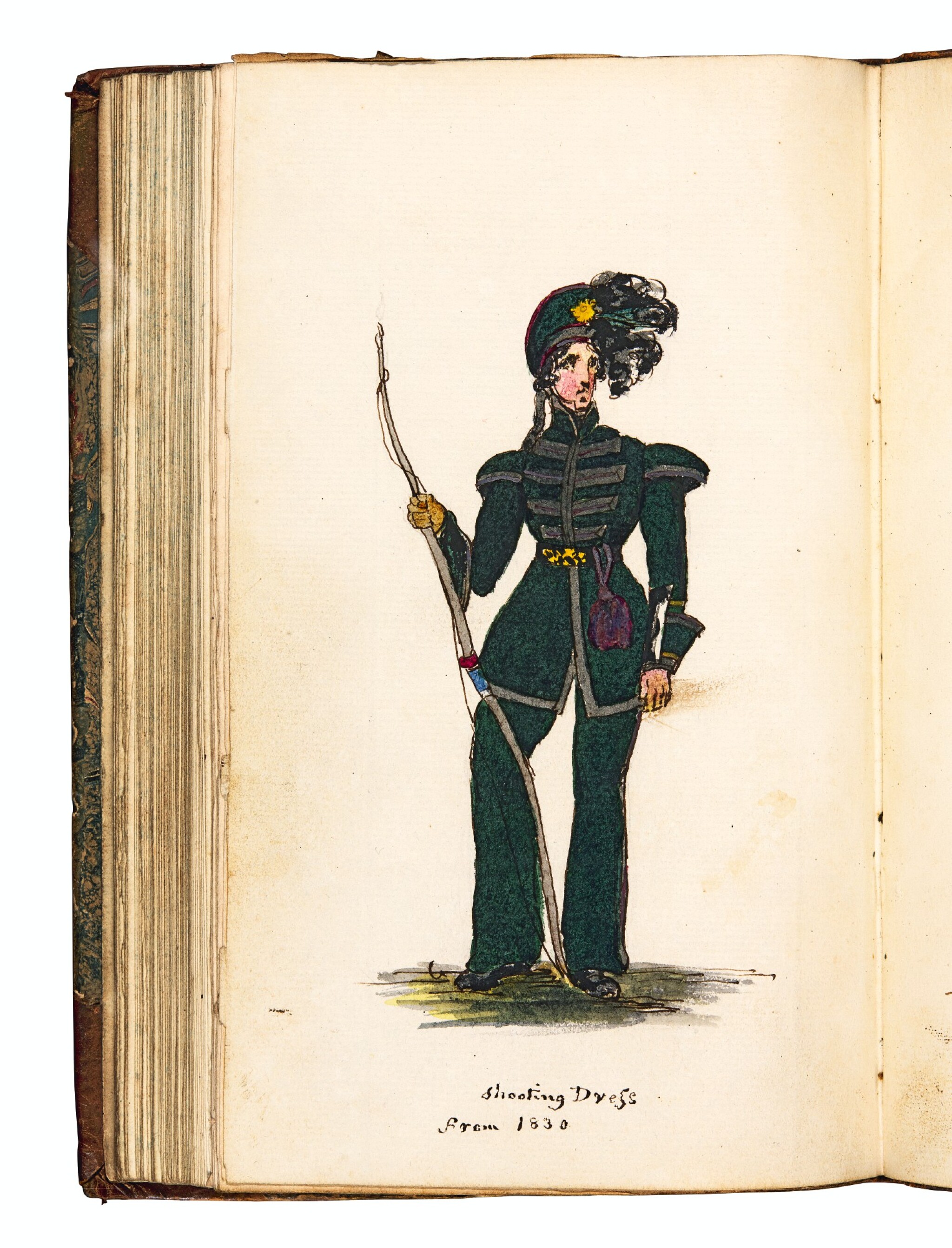 ii. Mason, R.O. "Pro aris et focis" Considerations of the reasons that exist for reviving the use of the Long Bow and Pike. London: Egerton, 1798, printed, engraved frontispiece, title, and 2 folding plates

iii. "Extracts, relating to archery: from the History... of the parish of St. Mary Islington... by John Nelson, London, 1811"; "Extracts from... Order and Observations touching the noble exercise of shooting in the Long Bow... by Shotteral & Dursey... 1676"; and other extracts, nineteenth-century manuscript on 62 numbered pages

iv. Report relative to the proceedings of the Royal Company of Archers, upon the visit of his majesty... to Scotland, August 1822. Edinburgh: Muirhead, 1822, printed, spotted

vi. One further manuscript leaf, "From The Abbot by Walter Scott"

bound together in one volume, 8vo, early nineteenth-century half calf, rubbed