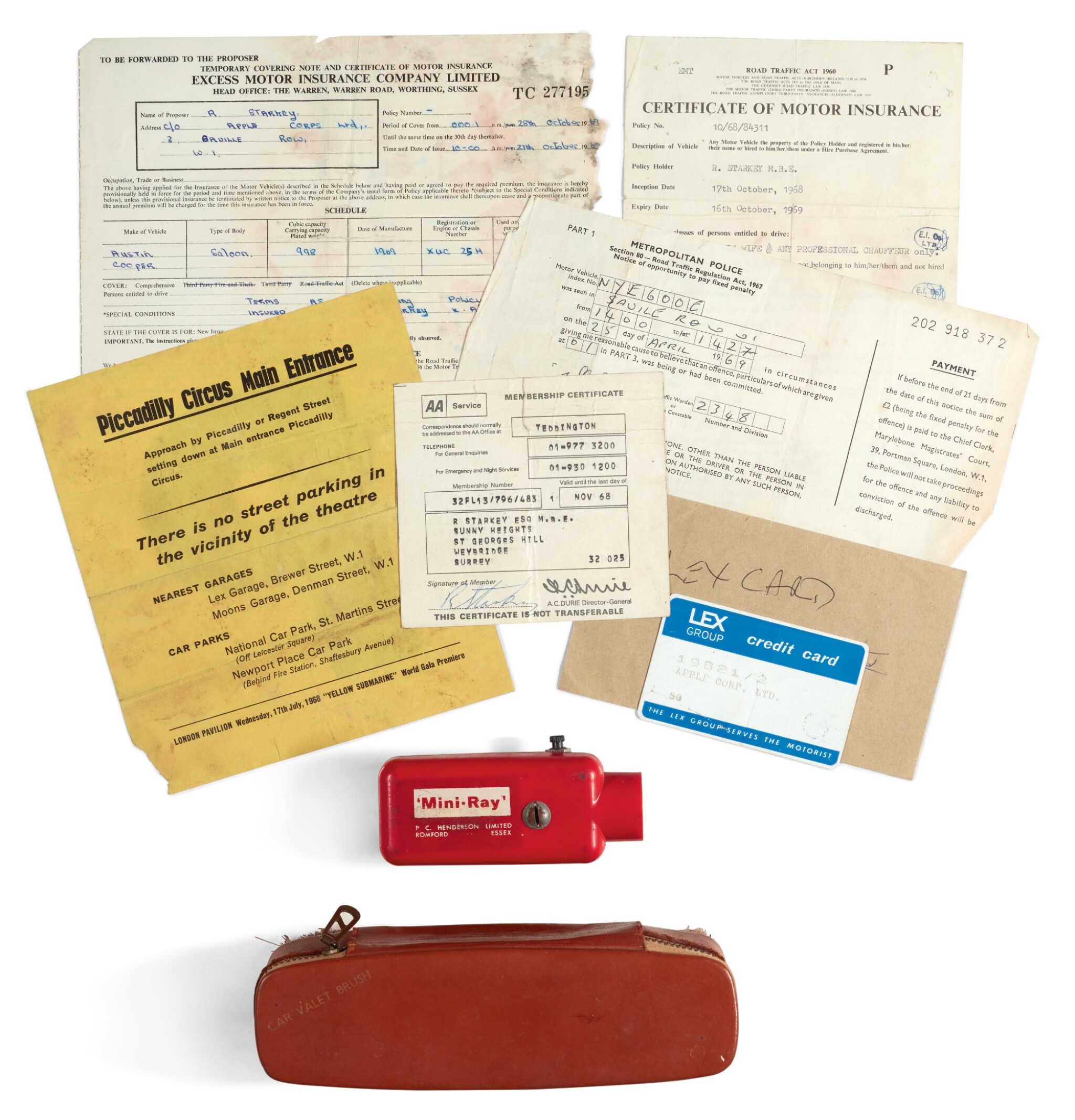 A collection of items relating to motoring:

Alan Herring notes "I acquired the... collection of motoring related material when I was working as chauffeur and personal assistant to George Harrison and Ringo Starr." Each Beatle had a Lex Garage Credit card and Herring recalls that he "used this card to fill up Ringo’s Merc 600, 22 gallons was £6 then". The Yellow Submarine car window paper pass was "placed in the window of Ringo’s mini on the night of the world premiere ... With this pass in place we were able to drive right through central London and park directly in front of the London Pavilion..."