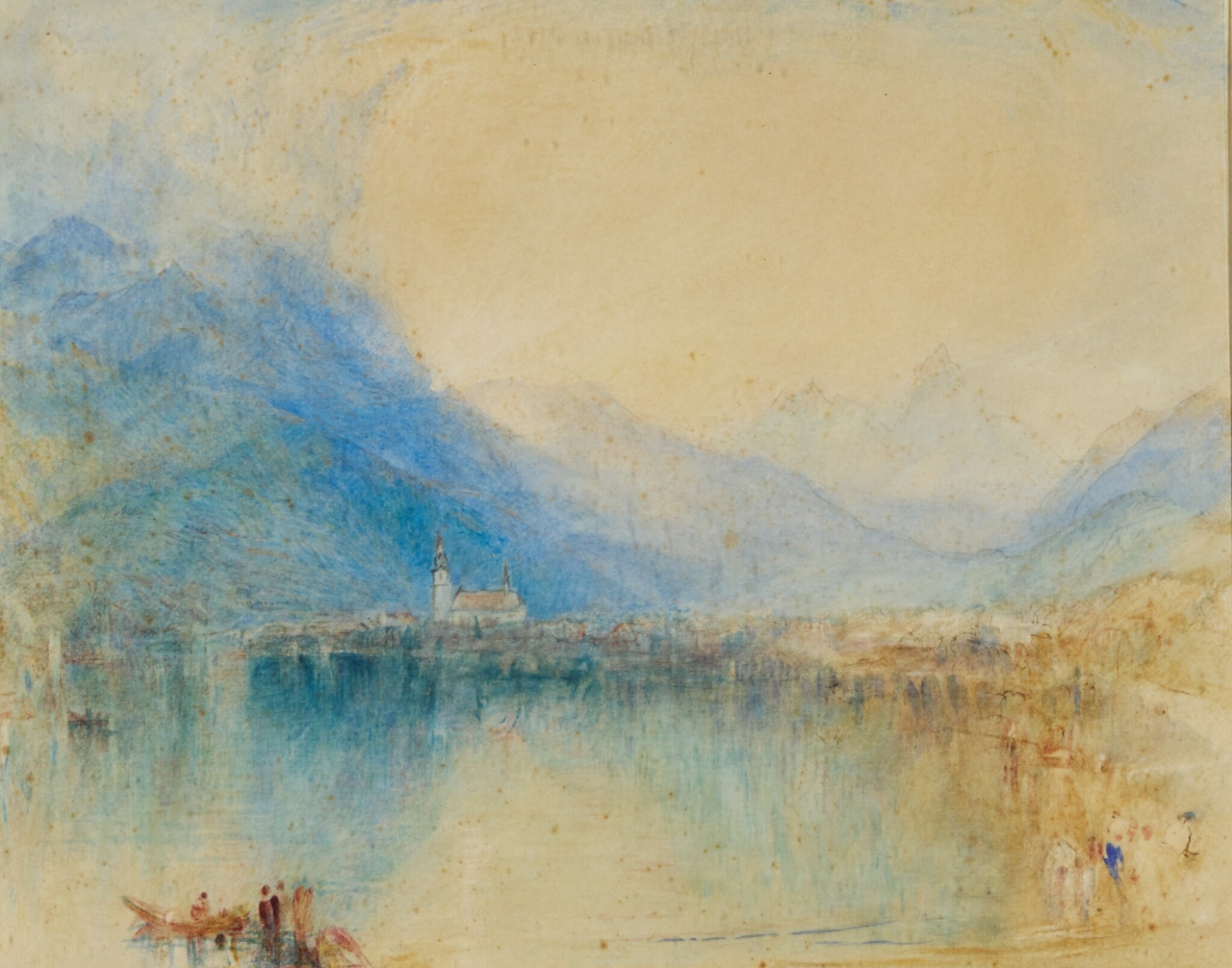 watercolour over traces of pencil, heightened with pen and ink and stopping out

The pigments have remained largely well preserved in this watercolour. There are scattered foxmarks throughout the sheet, but it is the opinion of the depatment that these can be removed if the work under went conservation. The sheet is not laid down.

A gift from the above to the mother of the present owner, circa 1960

William Ward worked closely with John Ruskin from the mid-1850s through to Ruskin’s death in 1900. He was a most talented protégé and - encouraged by Ruskin - he made copies after the watercolours of Joseph Mallord William Turner, while Ruskin himself catalogued the contents of Turner’s studio – a body of work that became known as the Turner Bequest.

Turner’s view of village of Arth was painted as a 'sample-study', from which he developed a 'finished' drawing for the important Scottish collector Hugh Monro of Novar (1797-1864). The study is now held at Tate, Britain, while Monro's watercolour is in the Metropolitan Museum of Art, New York.

Both this and the following lot share a long and distinguished provenance. Neither work has been on the market since the circa 1881, when they were acquired directly from the artist by William Abercrombie (1838-1908). Like T.C Horsfall (see the previous lot) Abercrombie lived near Manchester and maintained a great enthusiasm for Ruskin and his circle.

On the back of the frame of this work, there is a note, which it has been suggested was written by Abercrombie. The text is taken from volume XIII, page 202 of The Complete works of John Ruskin and reads: ‘We sleep at Arth, and are up, and out on the lake, early in the morning; to good purpose. The sun rises behind the Mythens, and we see such an effect of lake and light, as we shall not forget soon. Elaborate and lovely. Realised for Mr. Munro in 1843.’

We are very grateful to Professor Stephen Wildman for his help when cataloguing this work.