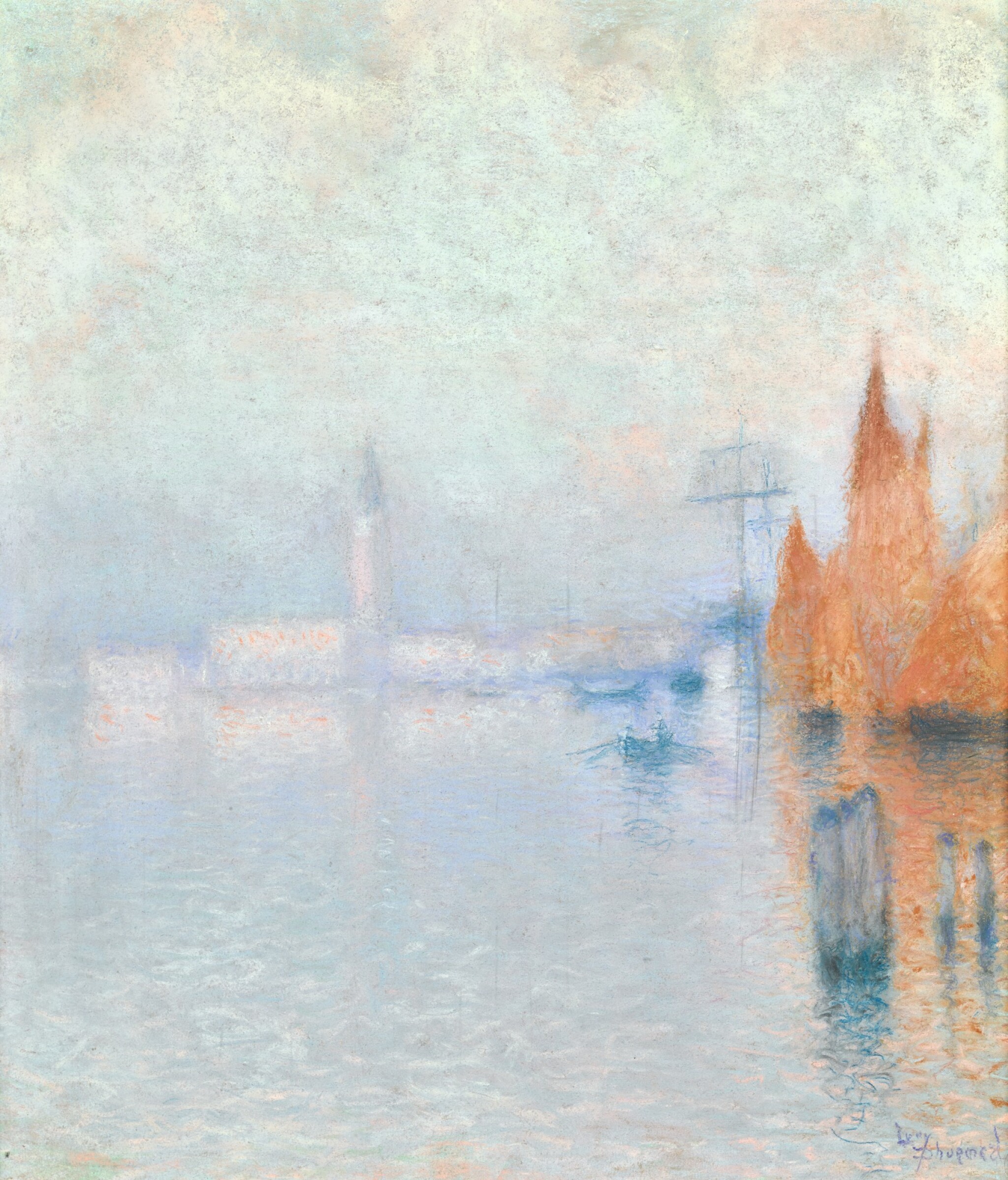 The artist's sheet has been laid on board thus preventing inspection of the reverse. There are some marks along the edges possibly due to framing. The sheet has been cut along the right edge. Colours are bright and this work is overall in good condition.

Lucien Lévy-Dhurmer trained at the Ecole Supérieure de Dessin et Sculpture in Paris. After a trip to Venice in 1895, he returned to Paris and had his first one-man show at the Galerie Georges Petit in 1896.

It was around this time that Lévy-Dhurmer started to work primarily in pastels, a medium which gave his compositions an ethereal, velvety texture and soft tonal contrasts which heighten their dream-like qualities. His talent was discovered by the Belgian Symbolist writer Georges Rodenbach, a popular poet in Paris, for his book Bruges-la-Morte of 1892, who helped to popularise the artist's work both in France and Belgium.

As Jean Cassou has pointed out: '[Lévy-Dhurmer's] pastels reveal an artist who can reconcile a technique of academic precision with an Impressionist vision of the world, and can thus treat his Symbolist subjects loaded with mystery.' (Concise Encyclopaedia of Symbolism, Ware, 1984, p. 99). The present work bears clear parallels to the work of Henri Le Sidaner and Claude Monet, both of whom evoked the grandeur and mystery of Venice in their work, and also, like Lévy-Dhurmer, exhibited at Galerie Georges Petit.