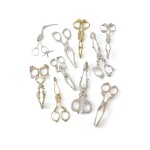 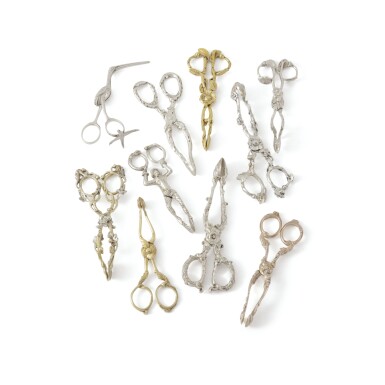 PROPERTY FROM THE COLLECTION OF PATRICIA SCHUCKMANN, ATLANTA, GA

The circa 1740 tongs unmarked, stork tongs with small dents to rim at breast, others in good condition.